On 20th of August was the Introduction to Track Days. This event was made possible by Bookatrack-Caterham and Donington Park. I estimate 30 cars made it to the fantastic facility at Bookatrack Caterham where we were greeted by Jonny Leroux, the owner of Bookatrack. A grey day loomed over a shiny new showroom and colourful cars that acted as a stage for three talks about the ins and outs of track days. We were given a mock briefing session, a practical demonstration of car preparation and a few words about the etiquette and attitude trackdayer's should adopt. The highlight of the session was a familiarisation lap of the Donington circuit. The groups of cars were tightly bunched and the speeds were low. But, all the words we had been told rung true as we drove around spotting marshal posts etc and realising that all Caterham's have a special affinity with a race track. 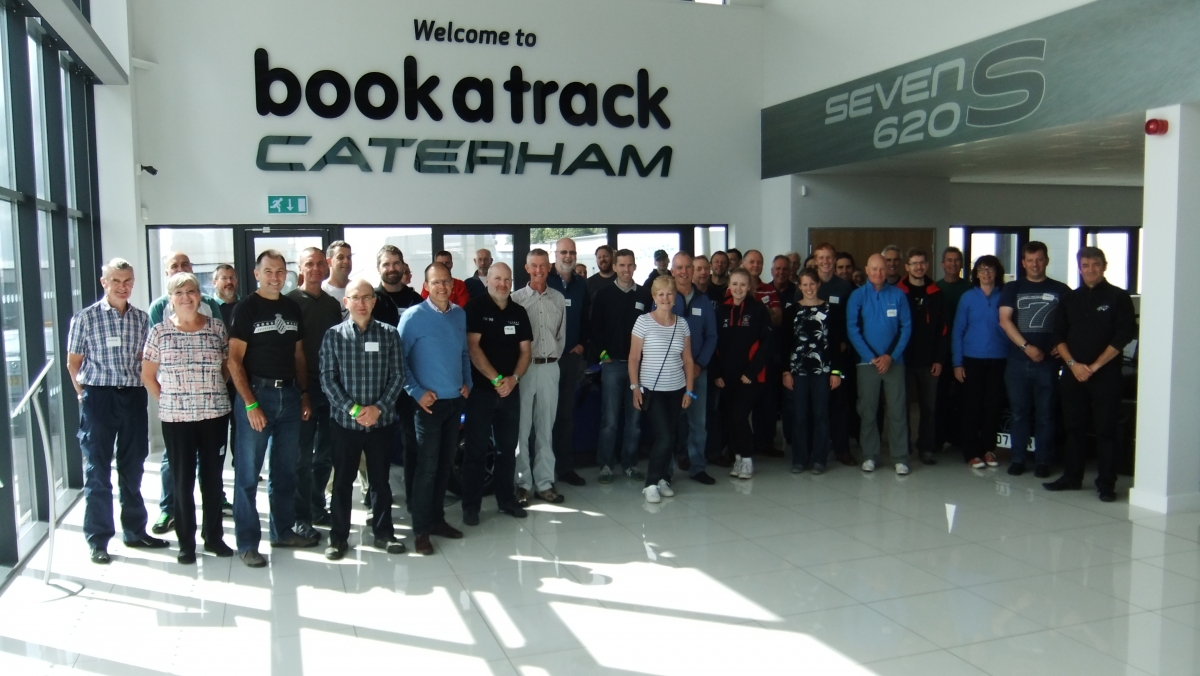 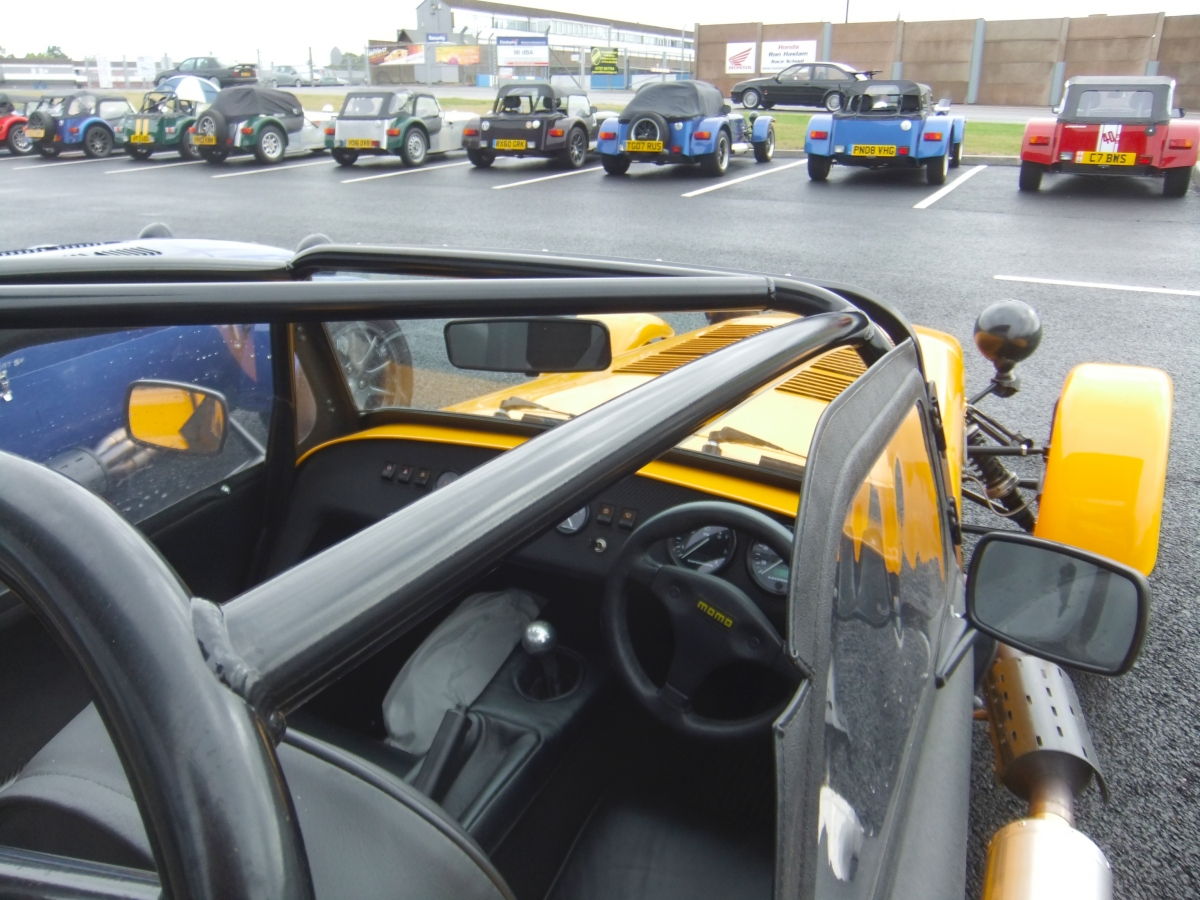