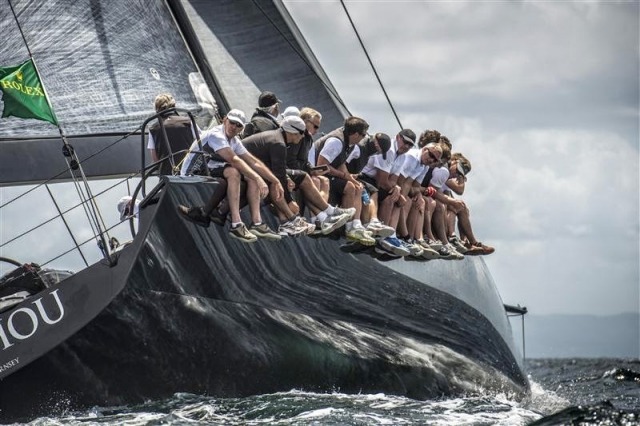 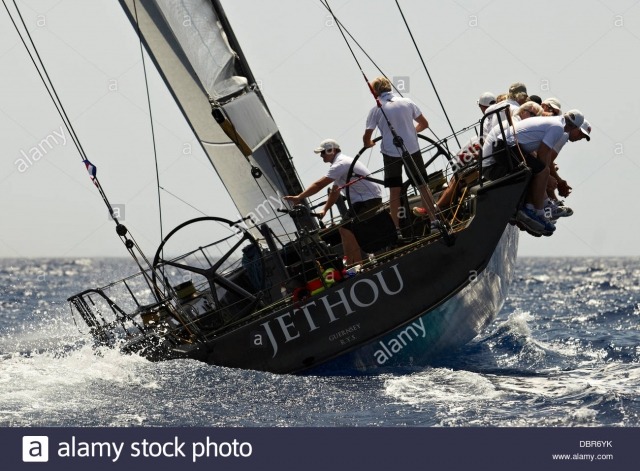 I was lucky enough to get a place onboard this 60ft, full carbon Mini Maxi competing in the Rolex Volcano Race in

Good on you ,,,we're the lot hanging over the side throwing up ,,,,cos I would have been

The closes I have been to America's Cup was in 2005 seeing Shamrock V in Rhode Island and then going to the 200th Celebration of Battle Trafalgar and sitting between former First Sea Lord Admiral Jock Slater and America's Cup boat designer David Pedrick. To say I was out of my depth was a bit of an understatement

Very envious of you boys who have been out on the boats.

For eleven years I was lucky enough to be part of the syndicate that owned, maintained, and sailed the yacht Sceptre which was the Challenger for the 1958 America’s Cup.  It was the first challenge after WWII and the first to be sailed with yachts to the International 12M Rule.

She was converted for cruising in the 1970-80’s and then taken on by the Sceptre Preservation Society in 1986.  I was part of the syndicate from 2006 to 2018.  The highlight was probably her Golden Jubilee in 2008, when I got Sir Robin Knox Johnson to join us as skipper for the Round the Island Race. A fitting celebration as the America’s Cup originally came about following a race around the Isle of Wight. 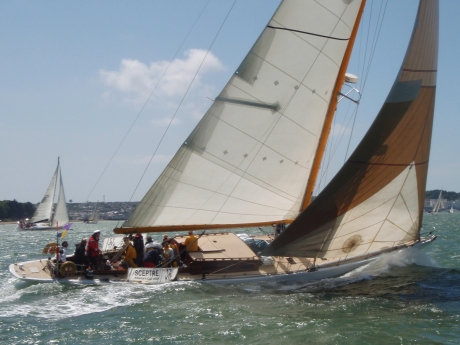 Photo of the crew enjoying a post race drink - 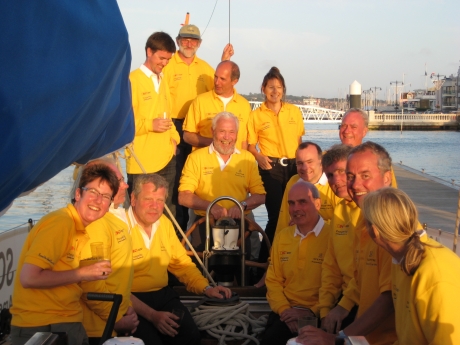 As the “youngest and lightest” member of the syndicate it was my job to go to the top of the mast when required.  From 90ft above sea level you get a great view!

View from the top of the mast - 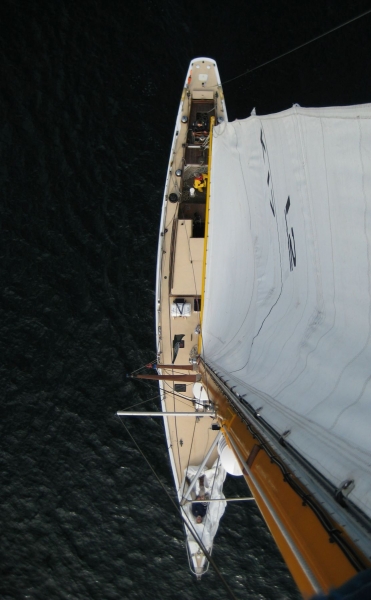 If you are interested, there is a good syndicate website set up by my wife http://www.sceptre1958.co.uk but sadly it has not been updated much since we left.

I think you just played the Top Trump Card.  Unless Sir Ben comes along in a minute.

Did you read the report from Pip Hare in the Vendee Globe.  She had to go up the mast to fix the annenometer.  She has bigger balls than me

Is that balls or boobs abbott

Yes we've been following the Vandee Globe.  They are all very brave & everyone seems to be in awe of Pip Hare, who is doing an incredible job, in the oldest boat in the race.  To be up the mast when the boat is rolling around is not a nice place to be, never mind trying to fix things while you're up there!

After 80 days of racing, covering 28,000 miles, it looks like the first 4 might finish within 4 hours of each other - incredible!!!

The Americans are back afloat with a sticking plaster over the repair. 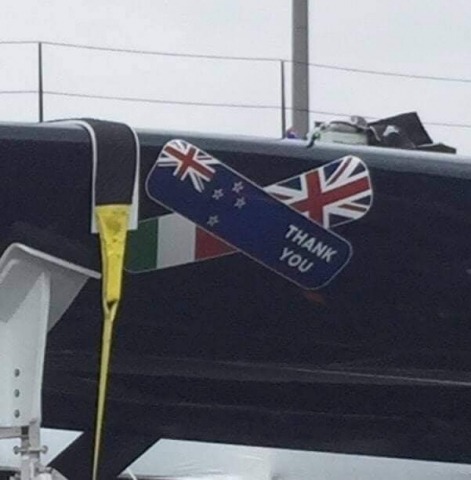 That is a nice touch