The current turbulence will subside I'm sure (to continue the analogy)!!  I look forward to the other articles and I was going to pen another one myself about a friend of my dad's called Norman Lees (you may even have heard of him/knew him).

Norman used to work for my dad when he was young and mentioned that he wanted to fly in the military  - dad suggested the Royal Navy rather than the RAF as he thought he'd get more flying time. Norman joined up on Helicopters as a Commando pilot and also fought in the Falklands (he was one of the guys hovering over the Sir Galahad lifting men off).  He later went on special ops and was the guy who dropped the SAS team into the Iranian Embassy siege. After choppers he moved onto fixed wing as a pilot for Branson and then got into acrobatics with 70s /80s pop start Gary Numan and instructing on Spits and the like.

By one of those strange quirks of fate I was in the traffic cue at Goodwood when I was told there had been a fatal aircrash involving a 2 seater Spitfire. When I got home I found out that it was Norman at the controls. A lovely chap and the most modest of men. I recall him popping in to see the old man several times during his flying career while dad was alive (he died in 1988) but as kid I had no idea of exactly what he'd achieved but I know the old man was very fond of him. 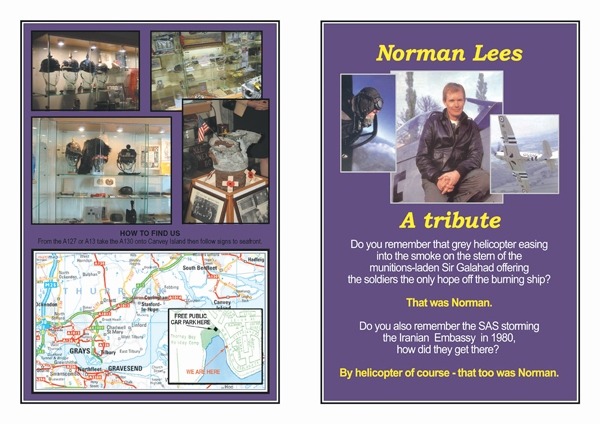 Never used Brylcreem & never saw the advantage though that was the nick name given to RAF personnel for some time. Of course we were better known as 'Crab Air' or 'Truckies'.

Brlycreem as a 'grease' of sorts  could be a hazard when working around LOX or gaseous air/oxygen & certainly when on oxygen & wearing a mask. For the life of me I do not know how there were not sporadic incidents.

There are stories of post WW2 pilots with their extremely preened & greased mustaches finding their faces catching fire when breathing oxygen via a face mask when piloting the 'new age' jets!

I could write a few months worth about the perils of cold weather ops both from the air & ground. Being a sort of crew hybrid I experienced an awful lot including the 'but for the grace of god' incidents. But I am sure it would bore the socks of people however it was written.

Give it a try Geoff!!