Think it's obvious ,taxes and vat have to go up but ,the people defrauding, Tax ,and gov benifits need to be hit hard to stop it ,,because I think the people loosing jobs will be masive ,,,,,,,,,we're ok on iom as many think we don't pay tax ,,also stop all the large payouts and bonuses paid out in gov ,plus early retirement  with large pensions ,,,,,the normal working bloke is not going to get a pension till there 68  or so ,,but others in public sector are retiring from 55 ,,and don't give me the crap O they pay a lot in ,,bullshit ,,,,a mate of my son ,is in police force ,, retired as was quite well up at 50,,,, started back with same force two week later.  Three or four days a week as consultant ,to me is totally wrong and should be stoped

Would you mind expanding on that point a bit please?  I'm looking for something to do as an investment soon as I'm in the process of leaving my current job (of 22+ years) and haven't yet found anything I want to do locally.  I had thought a couple of commercial lets might be a safe bet.

Commercial property has already taken a beating with some funds now locked as they cannot generate enough cash to payout. At a high level, vacant property pushes down rental income which in turn pushes down property valuations as their value is linked to a multiple of the income. Commercial property is difficult to sell at the moment for a reasonable price. Here is an example https://www.thebusinessdesk.com/northwest/news/2056343-shares-in-trafford-centre-owner-tumble-after-1.5bn-fund-raising-is-abandoned

With regard to paying back the debt, first up might be to take away the tax relief on pension contributions. In the short term, Boris is against austerity although it might not be avoidable.

I suspect wealth taxes of some form will be required.

Taxresearch - Tax After Coronavirus (TACs): There is significant room for wealth taxation in the UK

To attempt to pay for this without asking the current pensioners to pay something would be unwise.

As to the original question, house prices always go down in a recession and interest rates are not likely to change much.

Lots of anecdotal evidence of commercial tenants putting pressure on landlords to reduce rents (or simply refusing to pay), while more people working from home should lead to less demand for offices. Care homes may be an issue too, although I guess factory space may need to be bigger to social distance - actually that could apply to offices too, although more two shift working might reduce that.

Think we need to be careful with generalisations around recessions. Two consecutive quarters of negative GDP growth is a recession but usually they're due to some underlying cause. This one may be different as it's largely an imposed recession so not sure how that will pan out. Hopefully, a fast recovery will help but of course nothing is certain.

Still struggling with working out what it might all mean!

Still struggling with working out what it might all mean!

Certainly true. That's why it is interesting to state a view and read others. Different experience and instinct bring interesting thoughts into the forum. I have no desire to prove others (or myself) right or wrong.

Since I retired 12 months ago, the financial sands have shifted very substantially.

There is a rumour that the BoE is considering reducing interest rates to a negative figure. If this occurs it could  be apotential financial disaster all round.

Even though interest rates are depressed for those that have savings there are still institutions out there that have not dropped the saving interest rates - 1.4% seems to be an average that they are hanging on to but I would think in time they will succumb to pressure. BUT to have that rate you would have needed to get in NLT than December 2019.

Property may be a "wasting asset" but I believe that it is a combination of what you have got & the location - here on the very western edge of Swindon prices are still showing signs of an upward trajectory & when the market picks up again I can see properties being snapped up & completed within 8-10 weeks from the for sale sign going up as it was pre covid.

FWIW , my view after polishing my crystal ball .

Residential property pricing doesnt tend to crash  like shares might in a situation such as this because for most people owning property it is their biggest asset and they would rather stay put than crystalise a loss whether that be a paper loss that was disappearing or an actual loss . Yes there will be forced sales , death , divorce etc as mentioned above but its my view that the market will be sluggish but price correction will be less than 10% in most areas .It will obviously hold up better in areas where price is less effected by unemployment .

The government is already taking deposits at negative interest rates but i dont believe that negative rates will extend to the retail market , it would just lead to mass withdrawls to invest elsewhere ,the money wouldnt get spent which is the normal hope when rates are reduced .We will see a natural bottom at say 0.5% for short term fixed deposits .

Theres been some significant adjustment in share pricing but its not uniform .Some unit trusts have already made up the losses suffered in March and April .EG Fundsmith ( back from a 20% fall ) and PCT ( up 15% since February 20 ) whereas others are still sitting on losses approaching 20% . 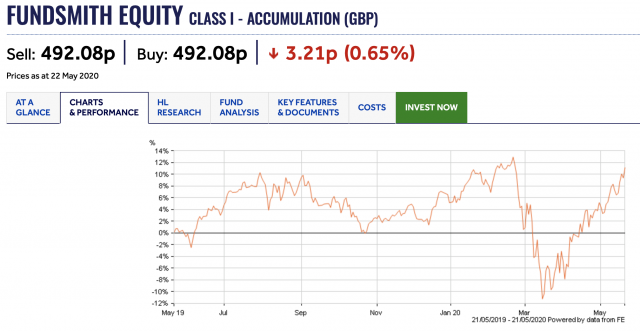 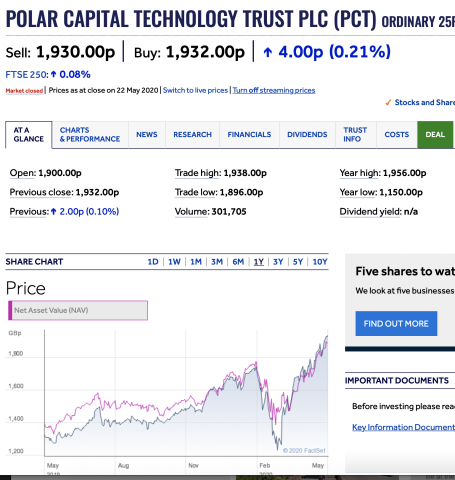 Pick the right investment vehicle with the right selection of investments and there should be further upside in the next 12 months . Steer clear of traditional retail, travel and airlines , head towards technology ,utilities , online business .Possibly carbon reducing .

Heres what the FTSE 100 has done over the same period ! 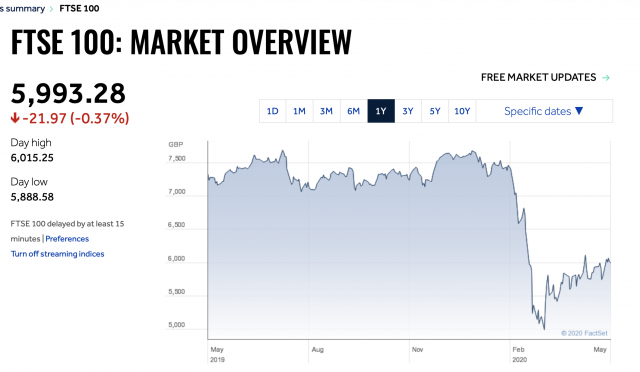 Taxes will go up but not such that they hold back the economy, that would be a shot in the foot  , it will be a slow burn not a big hit that stalls recovery .

Someone remind me to look at this in 12 months time and see if i was right !!