How many pedals does your car have ?

Bearing in mind how varied types of braking need to be how does one pedal work if you need to stop more rapidly or less rapidly? it says there's a panic pedal for emergency stops but human nature will i suspect not cope with occasional use and when it is actually needed the muppet behind the wheel won't know what to do.

When was the last time anyone learnt a new skill in vehicle control?

My Vespa had an automatic clutch and a continuously variable gearbox. To manoeuvre at low speed the recommended procedure involves keeping the clutch engaged with the throttle and using the rear brake to control speed. Probably easy to acquire when you're 16...

And it was fascinating listening to the CBT instructor explaining how to achieve the same on the different types of bike.

Bearing in mind how varied types of braking need to be how does one pedal work if you need to stop more rapidly or less rapidly? it says there's a panic pedal for emergency stops but human nature will i suspect not cope with occasional use and when it is actually needed the muppet behind the wheel won't know what to do.

On EVs? I don't think that it's known how this will settle down, and different manufacturers are taking different approaches. And of course some drivers will be using both old and new systems.

My guess is that autonomous braking will be widely established by the time the ergonomics are consistent.

Just for curiosity's sake, Lotus 49B (in late 68 spec) had four pedals. And various Chaparrals had, despite having no clutch,  three pedals.

Are all current F1 cars two pedals only?

I believe they are, Jonathan, because what clutch control they do need is afforded by paddles on the steering wheel along with the gearchange.

(On the examples I cited, the 'extra' pedals were for feathering the wings.)

I remember the Chaparrals appearing and barely believing they were real. Were the early adjustable F1 wings controlled by pedals?

Then there were McLaren's extra brake pedal and Ferrari's fiddle brake.

Some were, some weren't. The Lotus, at the end of 68, and I think in early '69 had the wings feathered by the fourth pedal, so that on the straights the driver would depress that (rather than simply have a foot rest) to reduce the drag; once that foot was moved to the clutch (or otherwise off of the wing pedal) the wing drooped to its 'downforce' position. But it was a binary option (operated by cables and bungees). I have pictures somewhere of the footwell and linkage.

The Chaparrals 2C had, I think, two positions for its tail-mounted flap; but with the later Can Am cars and the 2F that raced in Europe with the high wings, they played much more with continuously variable wing positions since, if they stuck to conventional right-foot braking, the driver had a 'spare leg'! The Can Am 2E and G had a front wing (of sorts) hidden within the nose, which was why, in part, they pioneered the side-mounted radiators.

(Chaparral is my 'pet subject')

Edit:
But the really 'big thing' about many of those high-winged cars was not so much the adjustability, but that they were mounted on the unsprung parts (the wheel uprights).

Headlamp dipping on my Morris 1000 was controlled with a bobbin to the L of the clutch pedal. Worked fine, apart from catching fire.

I remembered my Dad's Mini having a foot-operated button for something, but I'd forgotten what; would that have been the dip-switch too, or the screen washers maybe?

(I could witter on about Chaparrals for hours - the aerodynamics is just one aspect of what made them so unusual.)

I'd guess that the Mini was the same as the Minor:

and of course that had to be a very robust bit of kit. 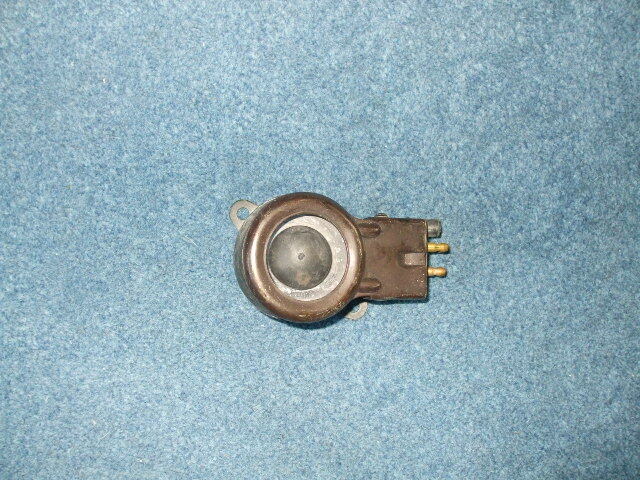