I suggest you read this article on mental health facilities.

I read this the other day. A sad state of affairs.

Save the NHS! Vote tactically!

Blatting in the lap of luxury

As a trustee of a large mental health organisation, I know too well that  its a very sad state of affairs for the one in four of our population whose struggle with their mental health..    One its in our power to change on the 12th ?

Analysis from the King's Fund: "What have the parties pledged on health and care?", includes: 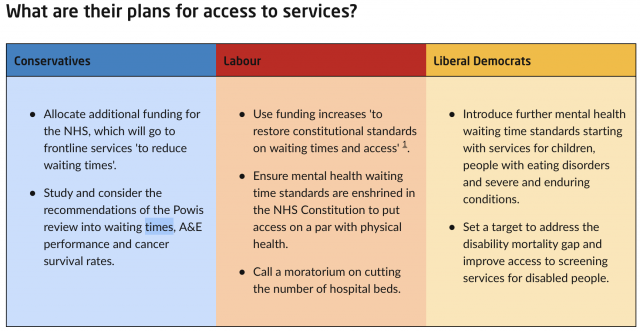 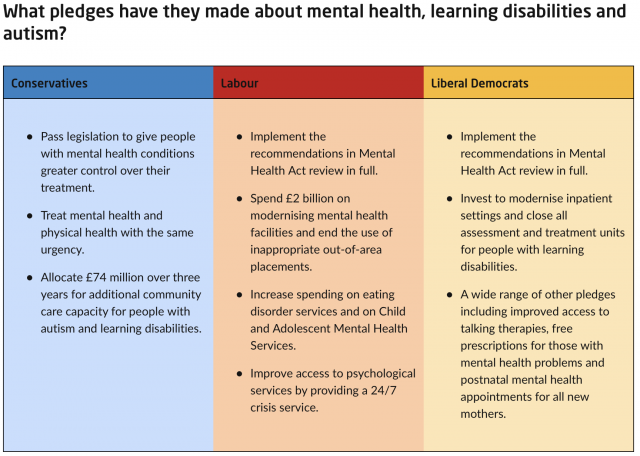 As a Trustee of a military charity the main concern for many Veterans is mental health - both physically & chemically induced PTSD.

This service does work well but as with all NHS services it can be understaffed & underfunded. Veterans can take time to be 'processed' & by the time they are seen can be passed that critical point where intervention could help.

Thankfully there are very good charitable organisations which have excellent records for their swift intervention & help more than likely taking some of the pressure off the NHS. There success rate is high.

After initial counseling my charity often sign posts Veterans in need of assistance to the NHS facility but does advise them that if the lead in time is too long to contact either Stress Resolution or Combat Stress.

I am certainly of the opinion that mental health care is not only more important but also considerably more urgent than our constitutional position.

I wouldn't support giving mental health patients need legal authority over their doctors. If course there needs to be extensive consultation and an agreement upon treatment but there are a lot of stores (I.e. anecdotes not data) where relapses and issues have lead to relapses by patients or former patients.  There probably is data on this.

The most shocking information for me in that article is that 25% of the MH beds consume 50% of the budget. These are "contracted out" facilities (I.e. privately run) and this leaves the other 75% of facilities scraping through with just a third of the budget each.  So for every £2 going to private facilities, just £0.66 is available for 75% of patients. (and NO not every patient needs the same level of expenditure)

I've recently been working with quite a few different NHS organisations, having conversations with the senior bods that run them, as well as a clever guy from the King's Fund.  A few things to think on with the NHS:

- Nobody comes here to see how we organise things in the NHS, there are far better and more effective models around Europe.  They include things like co-payments and much more private sector involvement and work far better than our system (although they have more money as well).  The best systems (for example in Denmark) aren't a great national monolith like the NHS, they are far more locally based.

- At least in the areas I was working, Mental Health services (run by public sector bodies) are a complete disaster, with the actue services (e.g. mental health hospitals) having far too little money.  Money is not the only thing though, the culture and organisation sucks and needs changing as well.  Primary mental health services also need a complete overhaul - there it isn't about money, its about the money being spent in the wrong places (that comes from a conversation with the chief exec of a mental health trust).

- The cash spent on the NHS has gone up a lot - I think looking at the figures the budget has never been cut in real terms (i.e. factoring in inflation).  The problem is the demand and the cost and complexity of treatment have both risen far faster than funding.  One of the ironies of the last few decades is that the success of stopping people smoking has stuffed the health budget in the long term - people have stopped dying early of heart attacks and lung cancer which are relatively cheap to treat compared the multitude of complex conditions people get as they get a lot older.  The NHS is just not structured to deal with these challenges at the moment - while it definitely needs more money in the short term, this can't be solved with funding increases alone.

Just googled NHS budget. I am shocked how much it has increased. Can this be correct? 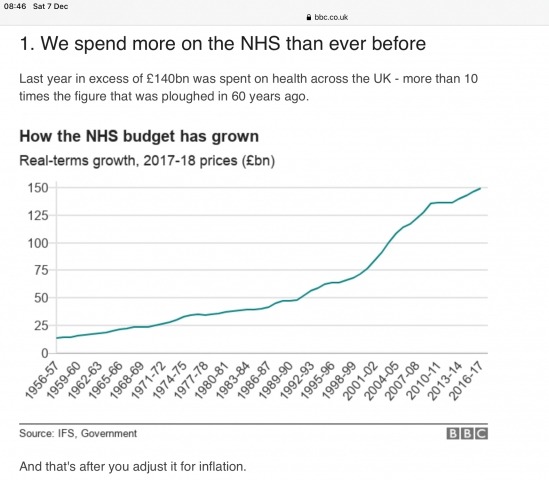 Here's the same effect but described by fraction of GDP: 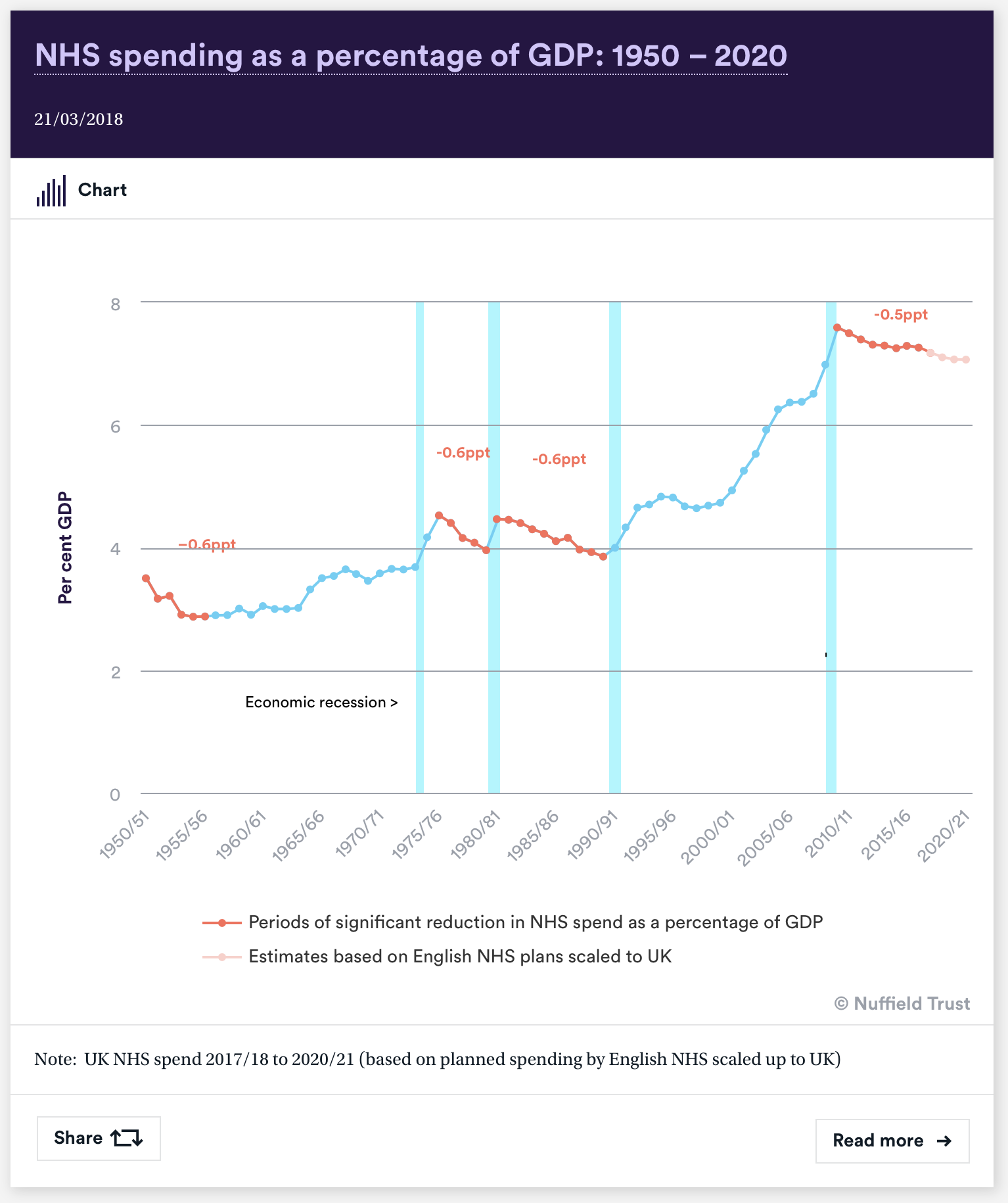 ... and with some blue and red colouring.

But it's better worded as "How expenditure on healthcare has grown". In roughly similar countries there have been roughly similar increases regardless of how healthcare is delivered. But in the UK we tend to word it as "NHS" because that's the dominant provider... and because it fits nicely in headlines.