Decided to do a search before putting up my latest question for the PoBC.  A little surprised to see that this is a question that has been asked before, albeit 9 years ago!

Anyhow, last year we went out West and visited Page, AZ.  Upon return I posted images from Horseshoe Bend, whereupon a friend (and club member of old) told me about a great trip he'd been on paddling the Colorado through this area.  This is something the breadknife and I really fancy a crack at, but we want to gain some experience first beforehand on local waters.

Where we live we have lots of local pools, lakes and slow-moving rivers to explore.  We are not looking for a whitewater experience or to get out onto the sea.  We don't really have the space for hardbody kit, and I don't want to stick a roof rack on the car.  I've been looking into inflatable kayaks, specifically the Advanced Elements range.

Anybody have any experience or advice about such kit?  I'm circa 220lb (though trying to get below 200) and 6' tall.  Some reviews have suggested I may struggle with cramped foot space.

Video of a guy using Advanced Elements kit around Europe (including Cornwall coast). 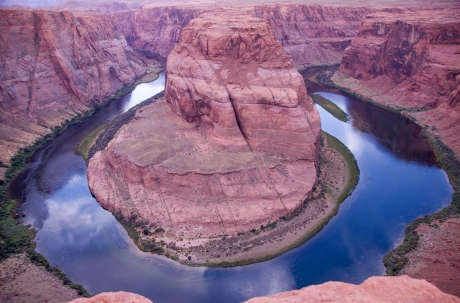 Top
2nd May 2020 - 20:18
#24
Golf Juliet Tango
Offline
Last seen: 8 hours 6 min ago
Joined: 17/04/2014
I have read (and it may have been here) of someone who used an inflatable to explore the canals around Birmingham. Like you Steve space at home was an issue but it also allowed for journeys from point to point rather than the out & return if you use a car.

It's a great idea because it is quiet and will get you to otherwise inaccessible places.

Offline
Last seen: 6 hours 23 min ago
Joined: 17/04/2014
This takes me back. I did journey to lake windermere to canoe its length with my old friend Andrew and his trusty sevlor inflatable canoe. What a tale . It was so cold that easter we thought we would die of exposure just inflating it in the foreshore. Our wives waved us off took the car and went shopping waiting for our phone call to collect us later that day. After about 20 minutes I commented that there was quite a lot of water in the boat. For the next 5 minutes or so we exchanged banter until I convinced him to put his hand behind his seat into what was by then 3 inches of very very cold water. We headed for a peice of bank where we could come ashore and inspected the boat for leaks. It transpired this was a demonstrator, it had been inflated and left out in full sun for quite a time and this had caused the glue holding the boat together to come adrift at the seams. The whole thing was just falling apart. So we had to make a dash for the nearest point public access where the girls could pick us up and so ended our navigation of lake windermere. Andrew got his money back and has since purchased a new boat which I am assured is perfectly sound. The only advice I would offer from this experience is try not to leave your inflatable in the sun for months at time. I am currently looking for a nice solid kayak. Longy
Top
3rd May 2020 - 13:07
#26
jradley
Offline
Last seen: 3 weeks 2 days ago
Joined: 17/04/2014

I know they're not cheap, but have you considered a Hobie inflatable kayak, here ?

I've not tried one of their inflatables, but I can vouch for the fact their seating is very comfortable and the Mirage pedal drive is very easy and efficient. You can of course still paddle in the traditional way if you want.

Have you considered as an alternative renting regular kayaks or an open canoe when you get out there?
A couple of years ago, with my daughter I did a 5 day kayak tour through Desolation Sound in BC, totally amazing trip and although we're both experienced in kayaks and open canoes we'd never actually canoe toured, incredible experience and I'd do it again tomorrow if work didn't keep getting in the way!
I've tried an inflatable in the past but by choice I'd prefer a solid boat over an inflatable every time which is why I'd investigate rental options, just my personal opinion though. 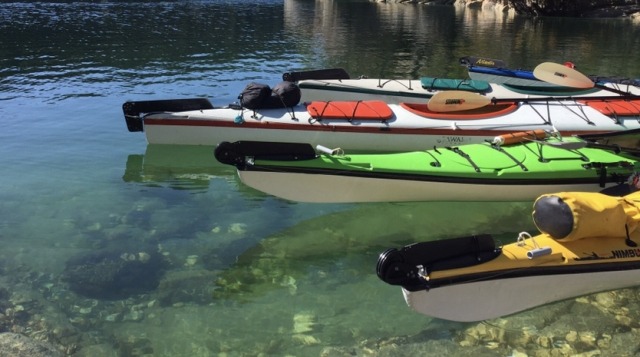 Thanks for the feedback, gents.

Stephen (GJT) - not picked up on the thread you refer to, so maybe it was somewhere other than BC?

Longy - I once took my wife to the Lakeside Hotel at the southern tip of Windermere for her birthday (in February).  It was so damn cold it was unbelievable - no weather for being on a lake!

John - interesting contraption, but a little beyond the budget I was looking to spend, unfortunately :-)

Stu - if / when we get to do something like a trip out to Page, we would definitely hire.  Interestingly, a couple of the hire places I've looked at recently actually use inflatables rather than rigid craft.  My purchase would be for local trips only, where I could just drop the kit in the boot of a car.  There are numerous hire options, but many of them are on the Charles river, which isn't really my idea of fun (very busy and tidal).  I much prefer the idea of getting out onto some of the smaller waterways, for which I would need my own kit.  Plus, my man math would kick in to tell me that 20 hours of rental would cost more than a purchase.

Sounds like a great trip.  We are currently watching (and very much enjoying) the Life Below Zero offshoot, Port Protection (which is about 550 miles further up the coast), and I guess where you went for your trip would have a similar look and feel.  I've worked in Vancouver a couple of times - it is a wonderful part of the world.

Steve, Port Protection looks amazing, although I suspect a little colder than Desolation Sound even in the summer months!!!

I got one of these: Bicsport Kayak

A bit expensive but really good quality.  Easily configured for 1 or 2. I was going to go for the cheaper 2 man Decathlon Inflatable Kayak but was very happy with my choice when I was out on a windy day.  The wind effect on the higher sided Decathlon boats was considerably more than on the Bic.  the two guys I was with really struggle to keep a good directiont