Wrightpayne #2260, I spent over 30 years driving class one HGV's including 14 years on petrol tankers and I've never seen anything thrown from another lorry like what you describe, my personal needs have always been met at services, truck stops, and at points of delivery.

On the day Boris Johnson said the country had to "get ready" to trade next year without an agreement, I present what was said in the recent past. 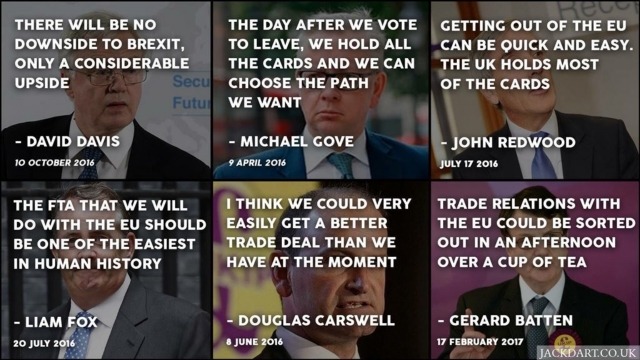 Also worth noting is Boris Johnson's statement on 9 September 2019:- "No deal would be a failure of statecraft."

From a Bloomberg reporter.

An exchange on the government press call today.
No 10: "Businesses should prepare for no-deal"
Q:       "If a company’s no-deal plan is to move operations out of the U.K. to protect itself from EU tariffs, is the PM’s advice to now trigger that plan?"
No 10: "We will prosper mightily."

Hi abbot ,,your right mate ,,Kay says if they  dropped me in middle of a desert ,,I would find some one to talk to ,,it's a Yorkshire thing ,,,

mind you there is an Aussie ,who I said hello to at  donnington  seven do as we were leaving , he probably thinks I should keep my mouth shut ,,but we have met up twice in Scotland ,and I keep in touch quite often. Also  with a good mate of his in the Cotswolds,

Its one of the good things I like about the seven club ,which I don't think is as good with other clubs ,,,now I did not mention Morgan's ,or Hamilton ,,,so lay of

It is amazing how although this government have incessantly told us they are prepared to walk away with no deal, when no deal is absolutely imminent, they find a term to suggest that there is a deal.

It should be an "Antarctica style deal" because Antarctica has no trade deal with the EU. Australia does have limited deals with the EU.

BTW:- Does this government have a slight obsession about Australia? They compared changing the existing immigration set up (which has a points allocation) to "an Australian style points-based system), they hired Tony Abbott and no they are misleading the public about an "Australian deal" (when in fact rather than the mich vaunted "Canada plus" deal we may end up with "Australia minus".

As long as it reduces the cost of Aussie wine ,,,,great

The UK currently charges around £2 of duty per bottle of wine for countries not in the EU or covered by an EU FTA. The EU wine trade with Australia ahas a duty of 20p or so per bottle. Without a trade agreement with Australia, the UK will have to treat Australia the same as any other country and charge about £1.80 per bottle more, unless it drops the duty on wine from all countries without a trade agreement starting on 1 Jan 2021.