Reason you purchased your Caterham

I've wanted one since I was a young boy, my father was in business with car spares shops (2) and one of his customers had an early 60s model, all aluminium with yellow wings, I think engine was Coventry climax, anyway I managed to blag a few rides in it and that was it i wanted one and this was just before the prisoner, but like most on here life gets in the way and I could never seem to afford one.

Fast forward, as I'm now approaching retirement and my father (now 92) presented me with some investments that he's been doing for me for the last 25 years (unbeknown to me), as he gave them to me he just said go and get your car.

So I'm looking forward to next summer and batting with the Essex group.

get your arse to iom ,,kipper baps next year with bit of luck

Thanks Derek, I'd like to visit IOM and I love them kippers.

My brother and I have always been petrol heads and we used to go to a lot of club meetings at Brands Hatch with all our sons & watched loads of 7 races, we have 7 sons between us! We both said we would own a 7 one day. Started my own busines in 1999 and worked my ba**s off. It went very well so in 2002 I thought I would treat myself to a toy.

Criteria was, it had to get to get to 60 quicker than almost everything else on the road, handle like it was on rails, stop on a sixpence, look good but different, be lots of fun to drive, not cost the earth and be cheap to run and maintain. That narrowed it down the either a Caterham or a Wes**ield. After many test drives I decided to pay the premium (£8,000) and buy the Caterham (thank god).

Nearly 20 years later I still have the same car, bit of a triggers broom but still an enormous source of pleasure and enjoyment as I do quite a few tack days. I have made a lot of good like minded friends & been on some fantastic 7 trips. I probably will never sell it, might even buy a new top of the range kit to give me something to do do in my retirement. I will probably just leave it in my will for the boys to argue over, they have all driven it on track. 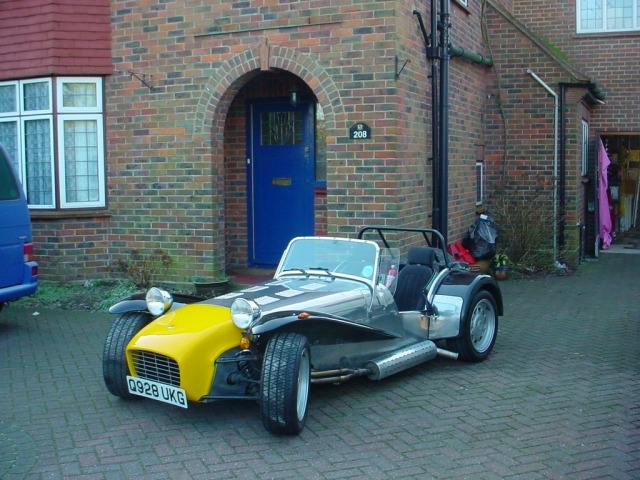 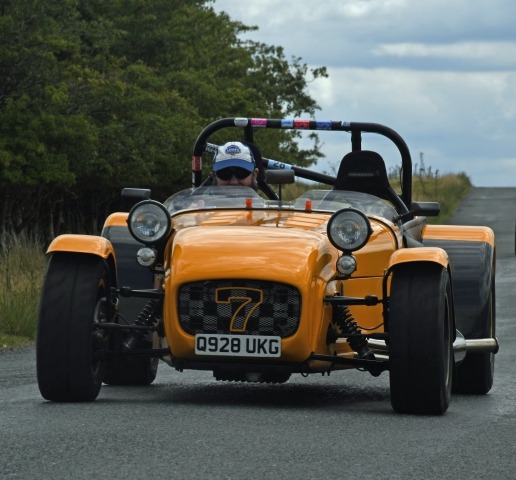 Hi Billy ,,,your welcome anytime ,,,but if your here when Pete the diesel and his mate are here ,,they may be a war ,,

Always been a car nut. Dad had two of them growing up and I always wanted one. I didn't expect to be in a position to buy one at this point in my life so I'm making the most of it before kids arrive on the scene! Up to now the cars I've driven on a daily basis have been getting progressivley more powerful but also bigger and it wasn't scratching the itch.

Thanks again Derek, not sure what you mean about Pete and his mate tho.

I've always been into cars (I'll blame my dad for that) and have wanted a 7 ever since I was a kid and often sent dad adverts for them in the hope of him buying one! He never did buy one though. 2018 then came and I broke my back so that focussed my mind a bit on getting one for myself and earlier this year I finally managed to get my 7!

In about 1968, I had a ride in an S2 Cosworth from Chichester to Thruxton and back to watch some Clubmans motor racing. The owner of the car was racing in Clubmans, but his Mallock 11B was being repaired. He was handy behind the wheel and we overtook everything and nothing overtook us. We went down and back very rapidly. I was smitten and had my first 7 delivered new in 1985 and kept it for 25 years. I sold it and bought an R300 which I have had for the last 10 years. Out of interest, the owner still has the S2 Cosworth, now totally rebuilt.

Well done Tigs I hope you're enjoying it, not the best year to get one but at least you have it now. Hope your back is better now .