Reason you purchased your Caterham

Two reasons why I bought my Caterham...... 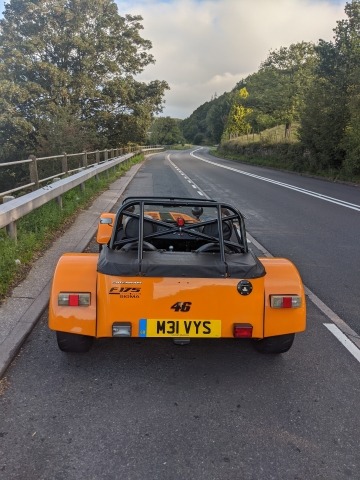 I started driving in 1995, when my dream car was probably an Escort RS Turbo or an Astra GTE. I wasn't quite able to get to that for my first car, and got myself a Mk2 Fiesta XR2. Lovely little go-kart, Weber twin carbs and I flew around the lanes of Yorkshire like a somewhat immature banshee.

With petrol coursing through my veins, my spend on cars always outstretched my means - I moved from the XR2 to a Pug 1.6 GTi and then got the 1.9. All of those were great little cars that made me feel really connected to the road and had the grip and power to inspire real confidence. But they were a little, shall I say, thuggish.  At least how I drove them.

Eager to 'grow up' with my professional career ahead of my, I moved to 'German badges'. I picked up a Z4 (I know) then a M3, a M3 CSL (my worst choice selling that from an investment perspective). Then an Audi RS4 and maybe a couple of Alfa's somewhere too. Oh, and a Boxster (which I put into a wall in a rather wet and unfortunate incident one day not long after buying).  With all of those, the power was great, build quality was fantastic but I really didn't connect with any of them in the same way as I had in the early days of car ownership. Too many driver aids, and the RS4 was literally impossible to put a foot wrong in. I WANTED to be tested and to put a foot wrong.

In the middle of all of this, I had a weekend away in a Caterham which I hired from Roadsport Hire, a small family owner Caterham business in North Yorkshire. That weekend, I found what I had missed (and more) over all those years. I spent the weekend blatting around the North Yorkshire moors, having the most fun I could ever imagine in a car that had none of the bells and whistles of what I had grown used to. Even the wife (previous version) enjoyed it!!

Alas the need to have a car which could munch up the miles in comfort meant that the Caterham was out of reach, until maybe around 2014 when I finally had enough saved up for a Caterham (and the space to garage it during the winter season). However fate played a hand and a relocation with work (and a divorce from Wife #1) saw me living in Central London without a car or a parking space.

And I thought that was it for me. Why did I need a car? I lived and worked in Zone 1 and London had all I could ever need, right?

Wife #2 appeared and we moved to a slightly larger house with parking. However, I hung my head in shame and disappointment as I bowed to sensibility and bought a Honda Jazz (I know) as a city car, with trips to the tip or supermarket the only real use for it. I frequently browsed Pistonheads and Facebook, thinking about how in life your plans change and you have to trade things for different types of happiness. And happy I was.

And so it carried on, until earlier this year. As lockdown emptied London's streets, my wife and I used to take long evening walks around Central London from our home, enjoying the warm evenings and lack of bustle that we had grown to know. One one evening in late July was walking along Millbank and a gent and his partner had parked their Caterham on the side of the road and gone for a walk themselves.

I stopped and looked at it. And remembered how much I really loved everything about them. The shape, the sheer impracticality, the long nose and the driving position. And my wife said to me...isn't that just the most beautiful car.

I'd never told her about my weekend dalliance with a Caterham back in the day, but I now gushed with enthusiasm about them, telling her how my plans to own one had been scuppered by moving to the Big Smoke. Her response was just the reason why I married her. 'If it is going to give you pleasure then why don't you just buy yourself one'. Although she quickly followed it up pointing out that she has a milestone birthday next year and this wasn't to impact any gifts I may get her for that.

When I got home I called my best friend of 20 years (and twice best-man!) and told him of the news. And I explained that maybe we could work up a plan for my purchase in Spring 2021.

Very long story short (not really) but about 2 weeks later I chanced across a story on a Facebook group about a car which had been bought in 2015 by a school under the 'Sevens for Schools' programme and never finished.  A group of enthusiasts had clubbed together to finish it off (for those of you on Facebook it is the 'Greenfield Academy' Caterham) and it was just about ready to submit for it's IVA. I hurried out to have a quick look and ended up buying it on the spot. A really lovely car - BRG with the anniversary stripe and a little extra silver stripe on the bonnet which makes all the difference!

I have this week finally had the IVA date confirmed for 5 November which means that I will soon have realised my long ambition of owning a Caterham - 'just' a Roadsport but a damned sight more exciting than the Jazz.

Sorry for the really lengthy story of my life! :)

What a nice story, one of my lock down ambitions although I think the traffic is now waking up is to do a tour of London and take pictures in nice places.

Good luck with the IVA and maybe see you in town !

My introduction like so many others was mostly The Prisoner in my younger days and then in 2014 bought my 1st a 125 Roadsport, spent loads on it and did many upgrades I am now on my 2nd a 420R and loving every second of it. 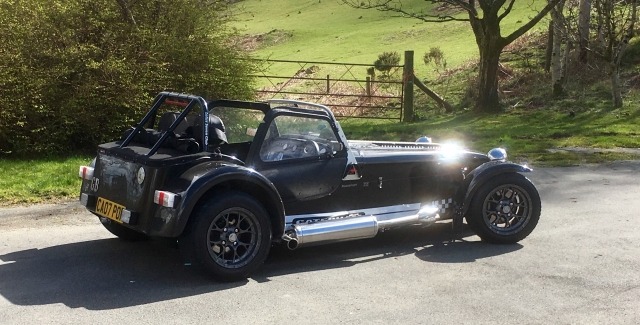 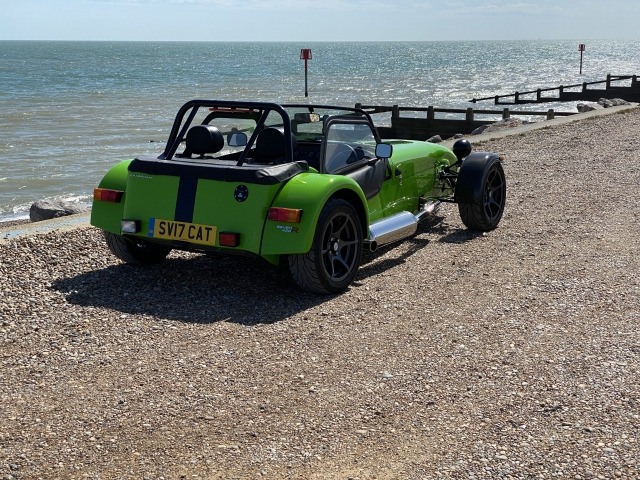 April 1993 portuguese car mag, had a big test with F40, Diablo, Onega Carlton... and there, in the middle, a Donkervoort S8AT... I was amazed by the performance. It was a matter of time, I found out where the original design came from and voila...

The Douro Valley is waiting for you

I had wanted a Caterham for some time and had been saving hard, then I was made redundant. On the plus side I did receive some redundancy but SWMBO did not want me to spend it on a car. While standing in the lottery queue to get our tickets checked I asked her if, should we win the lottery, I could buy a Caterham. Yes she said if you win more than a tenner you can get one. I won £20 and that is why there is a 1.8 K series Roadsport sitting in my garage.