I dont wish to comment on the specifics of the OPs situation but would offer a few more general comments .

I was self employed for 30 years .I remember the recession of 1992 when i was paying my staff ( to retain them ) but there was nothing left for me , i had two children under 10 and a mortgage to pay . The construction industry contracted rapidly , no new commissions coming through .It was tough times .I had only been self employed for three years and was using savings to subsidise the business .

The trouble the govt has is that its not a level playing field with salaried people . The self employed operate under a different tax regime , generally they 'benefit " from paying less National insurance ( a tax in all but name ) and can claim allowable expenses ( which can in certain circumstances include some of the costs of operating their home if its also used for work admin) .

In return for the lower NI contributions they give up some of the benefits such as unemployment benefit and paid sick leave .They also have to accommodate periods when they dont have work .

I think a lot of self employed people are just not prepared for anything unexpected . 1992 taught me that the money saved in NI needs to be set aside along with other funds in a rainy day pot which you need to be prepared to spend if needed .( I needed it again in 2008 !) .

This virus has come out of the blue and hit a lot of people hard , those of us recently retired with private pension funds subject to the vagaries of the market  have seen our fund values drop 20-30% in a month with low prospect of it regaining that drop any time soon .Thats 25% lower income for the rest of my life with no opportunity to top up going forward .

So the broad details of the self employment support package have been announced which seems balanced and fair given the circumstances and the difficulties sorting something out in a short space of time .

Interested to see that the support will be followed by an uplift in taxation for the self employed . The Chancellor acknowledging that you cannot have your cake and eat it !  The tax benefits of self employment will vanish in return for the state supporting you.

Without sounding like a complete neanderthal, can someone explain the ins and outs of this.  As an example;

Will we get tax and national insurance deducted?

What tax benefits are we talking about Mark, can you explain in detail?

Anything else I need to know?!

Haven't seen the official paper yet, only the press release. 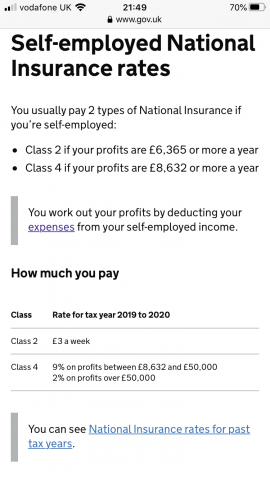 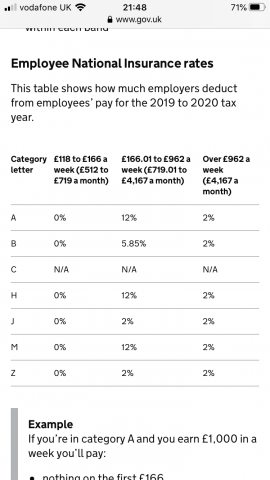 I would have thought that like the PAYE support scheme which will have tax and NI deducted (because the government are paying part of your wages not take home pay) that SE will have to declare any payments received under the scheme in their annual tax returns. Tax and NI will then be applied at normal rates via the return.

Adrian is correct , that's what the chancellor noted in his speech yesterday .

It is all about risks, innovations and rewards.

Employees tend to be jealous of what they do not understand and would never risk for themselves.

Rishi Sunak is clearly biased and we can look forward to all sorts of carp hitting the fan. His comments were designed to engage popular pressure to demonise the self employed. There are sections of the self employed (in concept) he has presumably by design left to go broke.
We need good tax laws not ones designed to create short cuts because tptb is under resourced. These issues go back decades and yet are treated as not having been caused by political trickery.

Identifying the self employed per RS is dead easy, the law requires them to be registered for class 2 nic. That leaves those using Ltd cos.

All that without exploring all the shades of grey like employees pretending to be self employed, a whole other topic.

anthony (acct in practice for 40 years)

I think you've missed my point .

i agree all of what you've said about risk and reward , I also agree that most employees would never take the risks that many self employed people have taken to try and better their lot .

The issue many self employed  now have is that haven decided to take that risk and go self employed some people don't like the downside they have experienced and want the state to bail them out after what is in real terms a very short period .

The reality seems to be that these people were either running businesses that have marginal profitability such that the could not stand the shock of a void period in their income or they are people who are effectively doing salaried jobs without " rainy day profit" included in their reimbursement . Maybe some of the latter group were pushed in the direction of self employment by employers ?

Whether the state should support the self employed by guaranteeing their income  is a moral argument but having decided to do so I believe it's right that the self employed are required to  pay for that protection with taxes at a similar level to salaried people , hence my use of the term level playing field .

How you then encourage innovation is another matter  .