Is a seven a kit car

this poss been on before ,, but is a seven a kit car or not ,someone was round at the house the other day they had a look at the car ,,he said it’s an old lotus seven it’s a kit cat ,,,I said no it’s a  caterham and not a kit car ,it’s factory built ,,,so I said is your van a kit van ,,he said don’t be stupid it’s factory built ,,,well so is my seven ,,,and all new parts ,so what’s the difference,,,started to confuse myself

so is a seven a kit car or not wether self built,, or factory built

Technically it is a kit car as it can be bought as such and you pay extra for Caterham to build it for you, that said Caterham supply all the parts and it is far removed from the more traditional kit cars that people build by taking an old car apart and putting a new body and interior in it.

Now think about it malc

I describe the process as Kit Car Lite as Caterham have done all the difficult bits you could get horribly wrong before they allow you to bolt on the rest of the parts to finish the build. 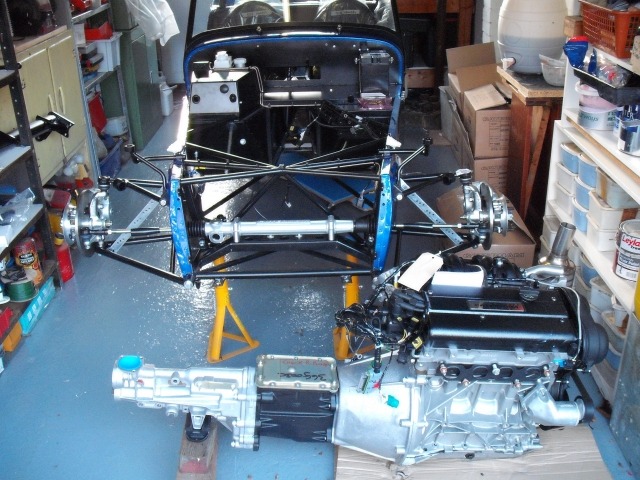 As per this month's Lowflying, it very much is a Kit Car to drivers wanting for free entry to the Stoneleigh show each year

Possibly more open to interpretation at other times however...

Mine is a kit as it arrived in boxes, if yours was factory built, I think you have good grounds to say yours isn't a kit

Having said that, looking at a Gardner Douglas T70 kit car, I would be proud to have my Seven compared to such a well engineered car!