Should I avoid Switzerland?

Switzerland and the bad wolf

I would like to introduce myself briefly: I have been living in Switzerland for almost 55 years, of which I have been a Seven driver for almost 34 years. And I've given my driving licence three times in my life, each time because of high speed, the last time 23 years ago. So, I'm unrefomable.

Somehow everything that my prescribers mentioned here is correct. In summary, a Seven tour over the Swiss Alps makes sense, unless you want to win a car race straight away. Switzerland has the most stringent road traffic laws in the world, and if you perform like a berserk, you quickly become as poor as a mouse and as criminal as a terrorist.

The police unfortunately must be reckoned with on all streets, which are hidden behind the bushes with speed laser-guns.

While small speeding violations are still dealt with by an orderly fine, coarser speed excesses are covered by the law on speeding. You also must differentiate where you drive too fast. In urban areas, the sanctions of the Spanish Inquisition are similar. It is more merciful out of town. Here is a small list:

in town, Top speed is 31 miles an hour, sometimes 18.65 miles an hour. From 14.91 miles too much, the case comes to court. Already 11 miles too much in the 18.65 zone ... but if you drive 24 mi / h too fast in an 18.65 miles zone, the Seven will be confiscated as a weapon and you will automatically be jailed for at least one year, the sentence is only conditionally imposed without existing criminal record. But you lose your Seven anyway.

Outside Cities, top speed is 49.7 miles per hour, also on hairpin mountain passes. From 18 miles per hour too much, the case comes to court, and from 37.82 mi / h too quickly the confiscation and the prison come again. So be careful when overtaking.

The road fee of CHF 40 (£ 31) is only paid for the use of the motorway and is valid for one calendar year. The vignette must be glued to the windshield. Those who only temporarily secure these (as recommended by Dave Ardley) pay CHF 200 (£156) fine. If you get caught ...

I mentioned the court cases. Since these always take about 2 to 3 months, foreign speed merchant is required to pay a very high depot (numerous thousands of Swiss Francs) so that one can possibly continue driving. But it may also be that the driving license for Switzerland is withdrawn immediately. Then it is time to change drivers, which is why it makes sense to carry a passenger. The judicial fines depend on the income of the speed merchant. The range is between 20 - 120 daily rates, i.e. the amount the delinquent earns on these days. The maximum amount is £ 780,000.

So, the rule applies: keep an eye on the speedometer on boring roads. And on curvy mountain roads the top speed is not possible anyway, or who of you drives a 180° hairpin at 50 mi / h?

I got zapped between twists

The Swiss are experts in all types of flooring 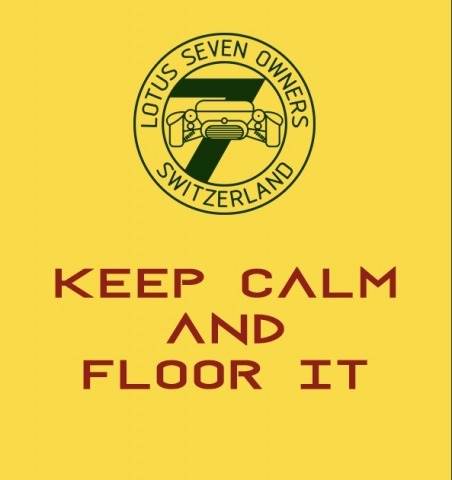