You're safe for now: https://www.snopes.com/fact-check/trump-rally-arrested-tweet/

Trump finally makes a move on non-immigrant visas after rumours of this action have been swirling around for some time.

Though it doesn't personally affect me, it has implications for a couple of my team members.  One is on an L1 and this has scuppered his (provisional) plans to make a trip back to the UK later this year.  The other is in a more serious position.  Her husband was back in India when the travel ban was announced, at which point all of the US consulate / embassy offices also closed.  Even if he could get back to the US, he would not be able to work.

Virtually every Client I work with has an Indian workforce - mostly based in India, but also with some employees on US soil.  The accusation is that these Indians are working on much less than their American counterparts, but this is not my experience (though it may be the case at other companies).  There is a real shortage of skilled IT bods in places such as Silicon Valley and Boston (Boston is the second largest tech hub in the country) and I've heard it said on more than one project in recent times that timelines / deliverables were under threat due to a lack of programmers / developers in particular.  I don't know if this is true, but last time I was recruiting, a guy at the agency we were working with said that there were 7 open vacancies for every one person actively looking for new employment in IT in the Boston area at the time.

Overall I don't think this move is going to make much difference to American born citizens getting an IT job - if they want one, it is already there and waiting.  Those already on an H1-B or L1 can keep their job (though they cannot leave the country) - it only affects the issuing of new visas.  I also don't think it will have much impact on salaries - they are already pretty high for suitably qualified people.

Interesting to see that the J1's are also affected.  This is the route by which many Irish citizens spend time in the US.

I think with IT workers it will spur on more remote work and actually take more money out of the US economy, as those workers can be anywhere in the world. The Business workers who IT have to interface with are becoming more used to remote work.

I actually completed a month of my last Montreal contract from Calgary without any issues and have not met face-to-face any of my current client's employees after 2 months of IT Architecture Assessment, even though most actually live in Calgary. My next contract is likely either with a US based insurance company or Toronto based medical services company, there is no expectation of any face-to-face contact until at least next year.

James, you may well be right.  Pretty much every Client I work with already has an established site in India where the day-to-day work is carried out.  They typically have Indian architects and subject matter experts on hand in the US to be close to the business users.  I think there is a realisation that the latter group doesn't really need to be local.

I get to work with a lot of fund factsheets.  Looking at the commercial property funds I'd imagine that Covid will be the last nail in the coffin for some of these investment vehicles (regarding both office and retail space).  I think that many companies are latching on to the fact that they don't need to have all of their workforce in the office every day.  I'd be very surprised if our company renews our current lease for the Boston office when it comes up next.  I think I may have posted elsewhere or earlier on this thread, there may be hope for the WeWork / Regus type business yet.

Some recent screen caps from my Facebook feed.  The Trump re-election team are working hard and spending $$$$ trying to convince me to vote for their main man - but I just can't do it

Makes you wonder just how clever their algorithms really are..... 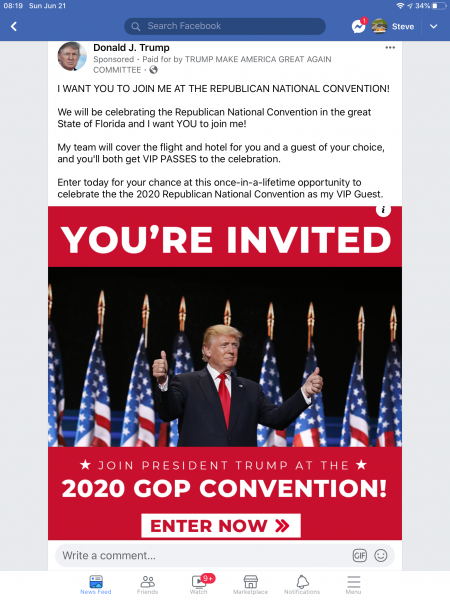 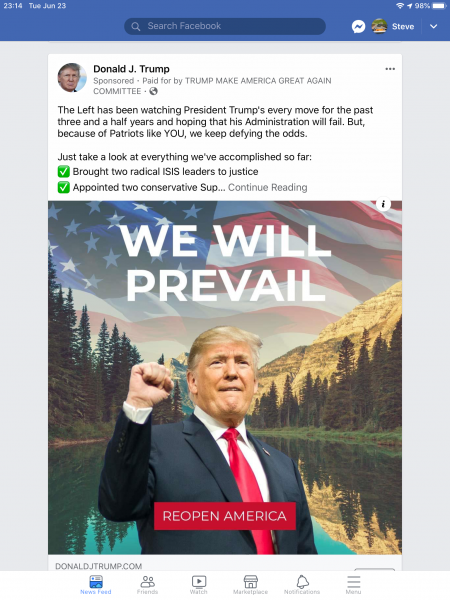 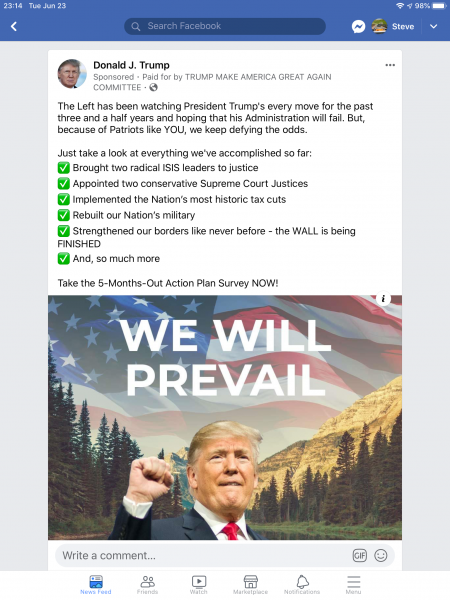 This single image tells the viewer so much on several levels about those who choose to wear "MAGA" baseball caps. 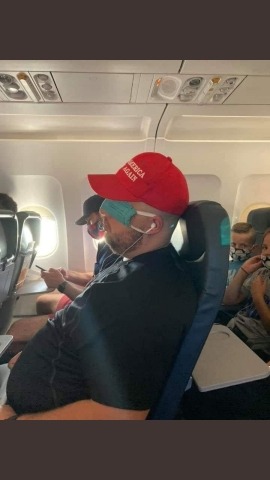