Derek, I sometimes agree with your posts, sometimes not.  They always express an opinion though or show a view.  They are never just an attack on someone.

Your right there Gary ,,,,,but some people do get wound up ,,recon I do em good by upping there pulse rate ,would not expect you to agree with all my posts as I keep saying we all have different ideas and thoughts ,,my biggest thought right now is when I come back from walking the dog do I have a glass of cider or glass of wine ,,

If you didn't understand the situation Doug you had plenty of time to research before voting. There's no point moaning about it now, it achieves nothing.

It will only be a few months before we discover who did a better job of research and who is mistaken, at this point you are right there is no point in arguing about it.

As for Trump, has he actually come forward with any evidence yet to support the claims being made? Seems unlikely that a massive fraud would be undertaken to fix the vote and the Democrats would both manage to do that and at the same time forget to fix the Senate and House elections happening on the same ballots.

Have a watch Doug and decide for yourself.

Don't let others tell you what happened and what to think.

Presser is a new one on me (press conference).

I presume Pete is referring to the recent Guiliani update on the Trump legal cases.

Here is the coverage from Fox.

And Jenna Ellis later in the same press conference.

CNN's take on the legal cases.

Here is the coverage from the court orientated press, lawyers just metaphorically shaking their heads at their peers in the Trump Legal Team Circus:

I think this photo sums up the ridicule of the whole "press conference": 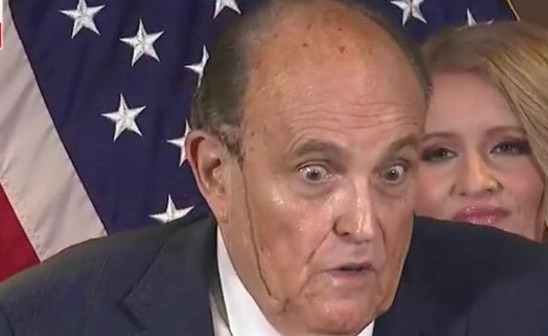 Just having a quick look back down the thread.

"We will not be intimidated...We are going to clean this mess up now. President Trump won by a landslide. We are going to prove it. And we are going to reclaim the United States of America for the people who vote for freedom."

I'm waiting for her to repeat those very words in court in front of a Federal judge.