What is your favourite car chase in the movies?

Just caught a bit of French Connection.  The car chase with Gene Hackman chasing the train under the elevated track has to be the best car chase ever.  No disrespect to my son but not a second of CGI used.

Just clicked on your link ,got Kate garraway the left chasing the  right ,,,so it's that or built

make your own mind up

Just clicked on your link ,got Kate garraway the left chasing the  right ,,,so it's that or built

make your own mind up

Hi Derek. What are you smoking?  Must be good.  The link looks ok to me

Offline
Last seen: 18 min 11 sec ago
Joined: 20/09/2017
The Blues Brothers has to be in with a shout given how many cars they smashed up and how they all must have handled like boats, the but going through Chicago looked genuinely fast.

Duel. Dennis Hopper as Mr Everyman in a faceless sedan is pursued ,with murderous intent , by a nutjob , but unseen trucker in a semi trailer tanker. Spielberg's debut in '73 ish  , By far the most sinister

An honourable mention for Bullitt , even though it was partly responsible for the silly  personality cult that now surrounds McQueen . V8 thunder helps

As it does in Vanishing Point , words which could equally be applied to the script

And although not a car chase film per se ,who couldn't love everything about Bonnie and Clyde , with Beatty, Dunaway (sigh ) and a 1934 Ford De Luxe sedan ?

But best of all is El Mas Fuerte one of six short films in the 2014 Spanish film  Wild Tales - a macabre , violent and very  funny story of when road rage goes wrong . 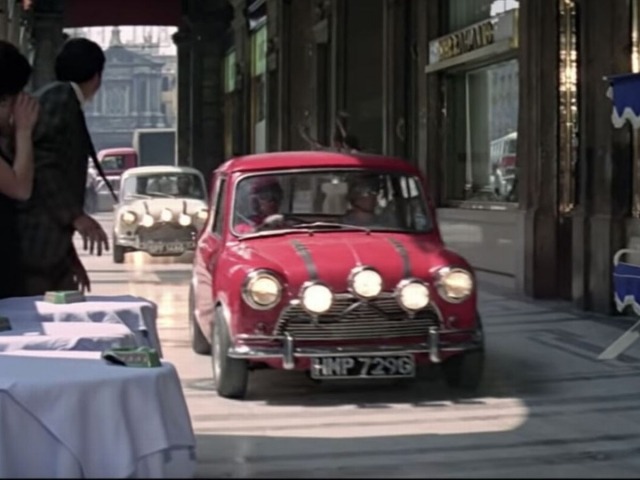 From the opening scene with an iconic Muira in the mountains (OK not a true car chase but mesmerising anyway) to the Minis it has to be the Italian Job.

The Italian Job is one of my favourite films ever (despite the sections with Benny Hill which make me cringe). Every time I watch the Minis driving over the weir I remember mine (really my mother's) conking out because the dizzy got wet.

P.S. Do other people accept the odd comments about differentials and other mechanical inaccuracies as deliderate tongue-in-cheek bits of script?