..had bought one of those Faraday bags to stop scallies nicking my MX5 . They work too, and this is how I know -

M1 , Trowell Services, , 8am , en route to Donington for Masters HIstoric F1 . I return to car , and put the Sunday Times I'd just bought in the boot, which can be , and was  , opened independently from car . Decide to get rid of sections I don't read (fashion , obvs ) and sundry other detritus  in nearby bin. Do so , having closed the boot. Return to car - and oh *** where are the bloody keys?

MX5s are keyless and the boot is opened by key fob , or by pressing the little button under the boot , which pops it open . At least , it does so when the car senses the key's proximity. As it would if , for example , some idiot had left the keys in the boot . Unless , that is ,said idiot , for reasons which defy explanation , had tucked the key fob into the Farady Pouch .

It worked perfectly, well worth the tenner from Amazon  , especially as it was BOGOF . But  what didn't work was frantically wrenching door handles , nor boot knob. Saying ' oh F*** It  ' very loudly failed to work either. But hey , all  is not lost , here's;the nice RAC man already , only a 20 minute wait. He produced all sorts of breaking into car kit but none worked and he told me, I needed a locksmith. RAC guy spent 15 minutes going through his list of approved guys before he found one open , and he could do the  job .but had to travel up from Nuneaton and 'he won't be cheap ' .

An hour later , matey turns up .. Nice guy , whose special key took all of 10 seconds to open the door . Cue burglar alarm  ,which sounded for the  20 minutes it took to work out how to open the boot from the cockpit - there is no boot release as such (please God don't tell me there is ) so much dicking around  to locate the tiny widget under the back of the hood which releases the boot.

£ 180 lighter and two hours after buying my paper (which I couldn't read because it was in the boot ) I set off again to Donington, arriving just as the best race of the day was completing its final laps

The bag will be staying  at home next time .

Have you worked out how to run a string from the boot latch to somewhere descreet ready for the next time?

Was the Nuneaton guy 'ADS The Key'?

Keyless entry and the removal of spare wheels must surely mark the greatest reverse leaps in automotive technology.  And touch screens.

Ideal for a bird-brain 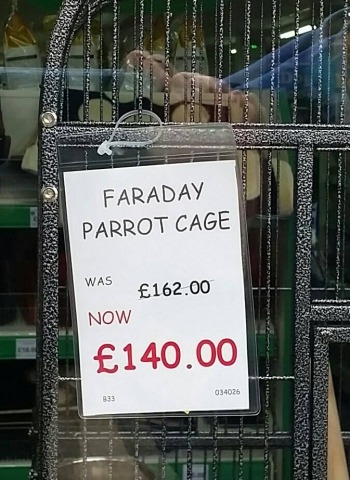 And were it struck by lightning.

ADS the Key ? Dunno - ex boxer and rugby player , driving a black Transit . Which had a semi slick n/s front - but I thought it wasn't the time to mention it ....

I have tried this method for fixing various faults on a variety of equipment and, no doubt, will continue to try this method.  Sadly, I have found it similarly ineffective (but highly satisfying).

Keyless entry and the removal of spare wheels must surely mark the greatest reverse leaps in automotive technology.  And touch screens.

I would agree with that.  Quite why, when cars are expanding volumetrically to a considerable extent, you need to discard such a useful thing as a spare wheel is a real puzzle.

Thanks for sharing.  It's one of those quirky things I have wondered about if you shut the key in the boot and it didn't sense it for some reason how would you get it out.  Good job you don't have an RF like mine.  The widget is in the same place but less accessible due to the roof shape.  You are right that there is no other boot release once you are in the cabin.
I think US cars have a button in the cabin and I don't know why UK cars don't, but you probably would still need the key nearby to operate it.

Talking of boots, I worked out that you can leave the boot light switched on all the time and it does go out when you close the boot despite there being no obvious switch.  Saves fumbling in the dark to find the light switch when you need it.

Speaking from personal experience - it's a bugger to fault-find when it goes wrong and your only clue is a flat battery when you try to start the car on a Monday morning even though it was fine all week before you parked it for the weekend...  That was an MG Midget which had perhaps slightly less sophisticated electrics.

John, where is the tiny widget under the back of the hood. It's worth knowing just in case.