These really are hen's teeth now, largely on account of scrapyards' habit of snapping them in two when removing a head to sell the head and block separately as they can't be bothered to undo the crank pulley and take off the lower belt cover!

I've been trying to get hold of them for engine builds for a long time now. I've had them on back order with Rimmer for I think about three years ... they keep sending me updated delivery dates but nothing ever appears.

Similarly with all the usual suppliers, nobody has them in stock.

They do occasionally come up on eBay, very occasionally new but mostly used, and even decent used ones come up very infrequently and fetch very high prices now.

It is possible to cut down a non-VVC part to make something quite workable. Non-VVC covers are still a little easier to obtain for now. I think for my next builds I'll try to make up a template to cut to. Beware there were definitely two different non-VVC ones and one is quite a different shape at the bottom and the bolt holes don't line up, so you need to start with one that looks the same shape at the bottom end.

Shooting myself in the foot here but ... There's one on eBay right now. Going for the best part of £70! If it's still up for sale when I get onto the next build I'll have to buy it despite the price, but since I have sat here mopping up most of them that come up for a while if you want to jump in ahead of me I'll give you a head start: https://www.ebay.co.uk/itm/MGF-MG-TF-VVC-160-147-TIMING-CAM-BELT-COVER-R...

Offline
Last seen: 9 hours 11 min ago
Joined: 26/07/2016
Thanks Andrew, I hadn't seen that, you are very generous sir, I've bought it. Like you say very difficult to find but I've only been looking for a couple of weeks. I cleaned up mine yesterday and thought I might be able to put a plate on the back across the crack (at the top 12 oclock) but then realised it was also cracked but not broken yet at the 3 o'clock position, very wobbly and the pulleys have scored the backplate. Next idea was modifying a non VVC one, the screw holes look to be in the same place but I wasn't sure if the cross section profile was the same. Should I not use it for any reason I will pass it to you for the same price. Cheers, Roger
Top
21st Feb 2021 - 09:52
#4
revilla
Offline
Last seen: 36 min 38 sec ago
Joined: 17/04/2014

I was wondering about cutting down a non-VVC cover for a while. In the end I bought a non-VVC belt cover to play with and convinced myself it wasn't possible because the bottom section of the cover was so different. I'd got one of these: 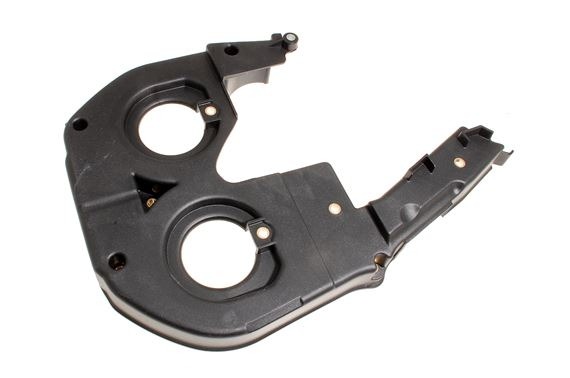 What I needed was one of these: 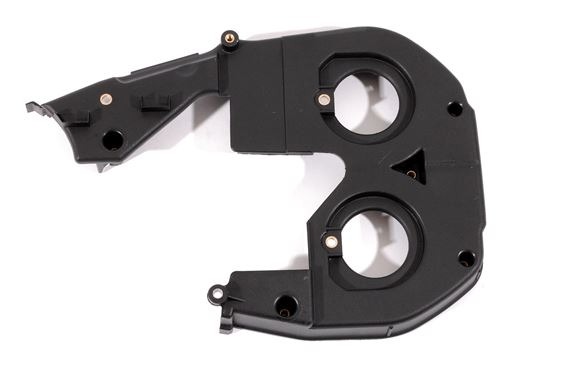 Recently I was sent a VVC engine for rebuild which already had a cut-down non-VVC cover installed and it was a neatly done job and worked well, so it's definitely a possible "Plan B" for the future.

Definitely a thread that displays the wonderful spirit this club has!

I'm making a hopeful assumption, that once I've converted to non VVC the standard front cover (without the VVC bulge) will fit, is that the case?

The simple solution is to have it made from carbon fibre :-p

The problem with 3D printed items is that most of them don't last very long, and one thing I'd not like to detoriate intot the cam belt is the cover.

Yes I agree, and I think when I looked at it before, most of the 3D printing materials available wouldn't stand up to the heat of being bolted to the head very well?

I think for now making up a template to allow me to cut down non-VVC covers reliably to a repeatable pattern should suffice.

When they run out, then it might be time to look at fabrication (if there's still demand). Same for oil pickup pipes etc.

You could mill a spacer from alloy and have flat sheets simply cut to shape. The outer shape of the spacer should be like the shape of the current cover. And then just be a thin wall except where bolts go in to fix the flat sheets.

I've been thinking of doing something like that - just because I can ;-)