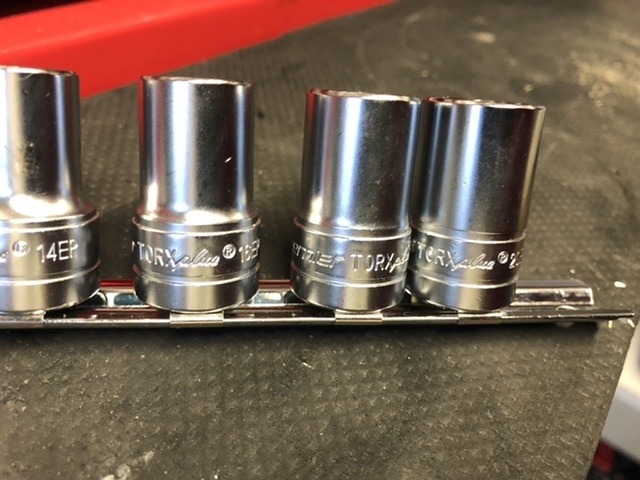 I used these , fitted ok but the bolts were really tight 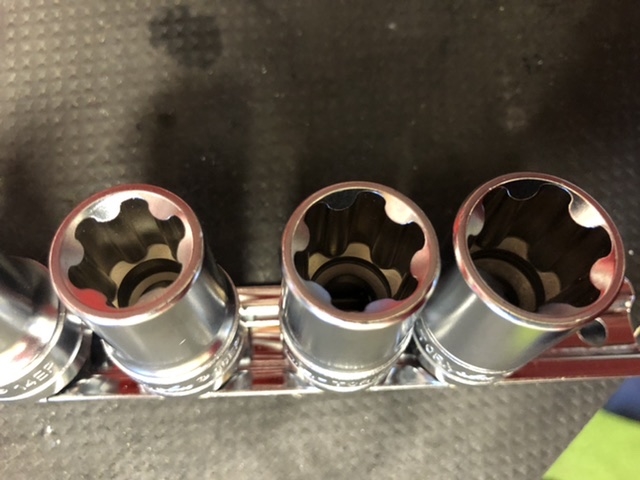 I kept the bolts from 2016, and you can see the damage on the head.  Also they don't exactly fit perfectly. 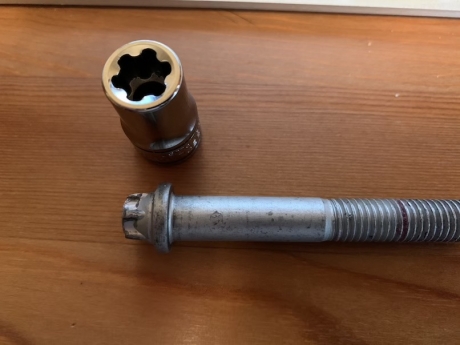 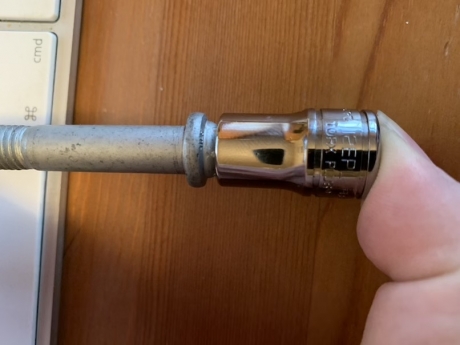 I haven't got these and might have missed it, but I don't think that we've seen a definitive answer to what they are.

Some Members have replaced them with "12.9 capheads". Have we got that exact spec, and are they easy to get hold of, and if not is there a recommended source?

Some Members have replaced them with "12.9 capheads".

and are they easy to get hold of, YES

and if not is there a recommended source? POST#51

Thanks for pointing that out. I should have checked properly.

Ok so I have removed my calipers this weekend from my new build.  As you can see from my previous photos the Snapon Torx Plus EP12 I used last time did the job, but at the cost of destroying the bolts.   Since I visited the Snapon rep last Friday I decided to take a new caliper bolt with me to see what they could offer.   The problem seems to be the dome, apparently the Bluepoint sockets have a deeper dish to the Snapon sockets.   So we tried a Bluepoint E12 Torx, which was a perfect fit.   It remove the bolts with no damage at all.  They could be reused (but I won't).

So from my persecutive, its a E12 Torx (as confirmed in post #68 by Mark w), but the socket must have a deep dish to fit properly.   If you have access to a Snapon rep (or can stomach the postage cost), look for a BLPTE3812, which is only £2.34 +vat for the prefect socket.

At last the answer!! Thanks Chris.

I’m still at a loss as to why torx bolts were used in the first place, though. There’s no need for the extra torque theoretically available so hex heads were always good enough.

Came with the callipers and were originally intended for production line installation?

Maybe, though it’s hardly a high enough volume to give much advantage and cap heads are used everywhere else.

I see the calliper halves are assembled with torx heads. I hope they’re not similarly thread locked!

A quick comment on greasing of bearings, whist clearly too little grease can cause an early demise, over-greasing can also cause the premature failure on roller/ball bearings. There is quite a lot of historical evidence across a number of industries of this. To be fair, it is usually associated with automatic greasers or the over zealous use of grease guns on a regular basis, but it is more to make the point more is not necessarily better.