Karl, you should have enough room to access pump without any further removal

Thanks for the note re the relay by pass - mine has this too, although this would only affect power to the starter motor and shouldn't affect the fuel pump.

I too have been having problems with fuel pump initially cutting out intermittently at first and them completely - Finally, I think, traced it to the live connection on the fuse box which directly powers the pump - self inflicted in my case - when I put the brookland screens on a year or so ago, being a lazy/smart arse (wanting the option to fit the windscreen back for winter) I merely pushed the wiper mechanism through the scuttle and held it in place with cable ties - the wiper mechanism passes behind the fuse box to the wiper motor located behind the passengers left knee trim, and during the intervening time, or so it seems, has fouled the fuel pump connections on the left hand side of the fuses box (found the fuel pump wire unconnected at back of fuse box).

Probe 2 is right on location of fuel pump, although a word of caution (from experience) before you start pulling wires around the pump 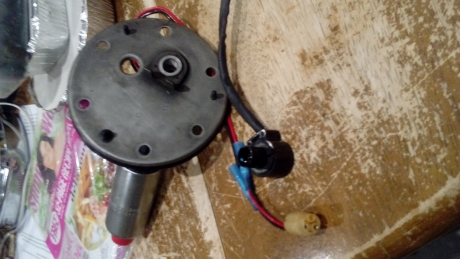 I would suggest if you want to check current getting through to the pump to determine whether the pump is knackered or not you cut the wires leading to the black connector and test and then reconnect with sealable connectors - Wish I had (may have saved me having to take the tank out to get the connection back in place and getting a gob full of fuel in my attempt to pull the connector off in the first place), albeit in the end decided to replace the pump at the same time given it was 27 years old.

Other things I checked during the whole process were:-

Hope the above helps - I'll be interested to know what you finally find the problem is - using a multi meter will certainly assist in the diagnosis.

One thing I didn't check and I'd be interrested if anybody out there know what it does, it the small rectangular flatish box to the left of the inertia switch - seems to have 2 push on rubber pipes, one leading from the engine and the other to the ECU - I understand this is also something to do with the fuel system, although as none electrical didn't investigate further

One thing I didn't check and I'd be interrested if anybody out there know what it does, it the small rectangular flatish box to the left of the inertia switch - seems to have 2 push on rubber pipes, one leading from the engine and the other to the ECU - I understand this is also something to do with the fuel system, although as none electrical didn't investigate further

What engine and model is that? There's a fuel trap on the K. 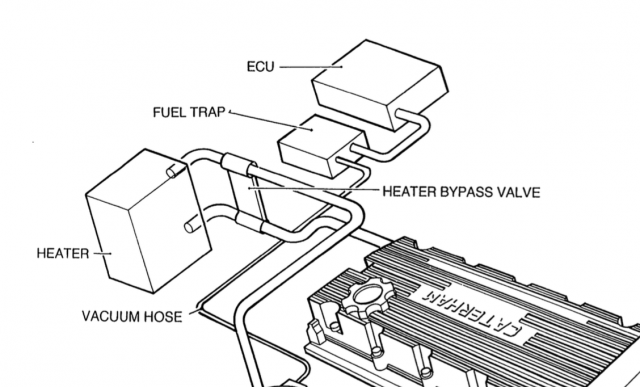 P.S. This is on a 1992 1400 supersport - obviously the connections may be different on yours given its a few years younger

Yep - the fuel trap box  -  couldn't see it stopping the fuel pump working so didn't investigate further - what does it do  ?

AFAIK it stops liquid getting into the pressure sensor in the ECU...

Thanks - I must admit ECU's are a bit of a misnomer to me, but if they are monitoring fuel pressure that would make sense - not quite sure what it's going to make the engine do if the pressure is abnormal (low or high) as the the fuel pump only has an on and off position and the air intake (throttle body) is hard wired (non electrical), but I guess it must control what the fuel injectors are doing (how long they stay open for working in tandem with the crank sensor) - carburetors seem much more understandable to me !

I think that it's measuring the pressure in the gas phase in the manifold, not in the liquid fuel...

Thanks for the additional pointers. I may and try getting the MFRU apart again - I couldn’t figure out how it separated earlier!

Will the pump always prime - regardless of fuel level? Just wondering if the gauge wasn’t reading correctly and it was empty would it still make the priming noise? The gauge was reading 1/4 and I’m sure it does have fuel in it but you never know!