I've had an occasional misfire over the past couple of years that started to get worse over the past month or so, enough that it killed a new lambda sensor that only had 1000km on it due to too much raw fuel in the exhaust.

i had done lots of data logging with Easimap, inspected and tested with a multimeter all wiring in the ignition and TPS circuits and flexed every wire in those circuits to try and find a break. Everything was as expected with no issues found.

i decided I needed to use an oscilloscope while the car was being driven, but my old and trusty bench scope was too big and fragile to use in the car. I bought a really cheap two-channel USB scope from Amazon for CAD $77 (£45), including delivery, a Hantek 6022BE: 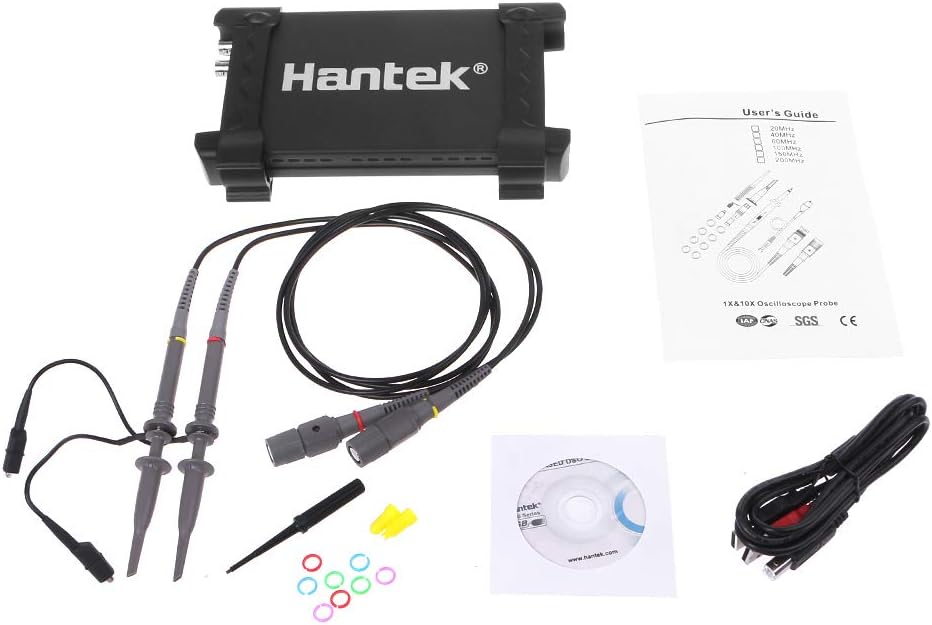 My expectations were low for such a cheap device, but 30 mins of driving around with a couple of stops to move the probes to different connectors located the problem (back probing the wires with fine solid wires and Velcro to secure the probes to the cables under the bonnet).

I could see on the trace that the number 1 coil power feed would lose voltage for a fraction of a second, often less than a single firing cycle. This seems to be due to the connector becoming loose, as opposed to the traditional broken wire (I also have the upgraded silicone insulated sub-loom). Some dirt had also started to get past the connector seal, I believe this is due to severe vibration of the wire and connector. A new sub loom is now fitted and I haven't had a misfire this past weekend of testing. I have now put a 3mm foam strip on the underside of the coil cover that touches the connectors and added some tie wraps to reduce wire vibration to try to prevent the same problem in the future.

I was quite happy with the sub loom price, too. I just used the normal post from Caterham to get delivery in a week to Canada, but the postage was less than the 20% VAT I didn't have to pay due to out-of-country delivery and Canadian customs didn't charge any duty.

I have a Hantek DS2090 and also a basic Hantek DC current clamp.

They may not compare to top end bench test equipment but for the kind of work we do on cars they are perfectly adequate and at times absolutely invaluable. With a basic scope you can easily spot things that you wouldn't stand a chance of finding with a multimeter.

With mine I've managed to track down:

The injector and ignition voltage and current waveforms are particularly informative once you learn to read them. They reveal not only electrical issues but also mechanical problems such as sticking pintle valves in the injectors and mixture issues.

You can even see the VVC mechanisms "hunting" more if you use the wrong oil grade in the engine.

I'd very much recommend anyone who is inclined to be interested in this sort of thing to get one. Even if not looking for a specific fault I find it fascinating what you can learn about the engine.

Or maybe the logic analyser version for £10 more that would allow logging 16 channels?

If you have a need for a basic logic analyser for electronic projects I would say it is worthwhile. From the info I have seen, the logic analyser has to be manually triggered and can't be run at the same time as the oscilloscope functions on the 6022BL.

Interesting m, I wonder whether something like this would be useful in tracing my fuel pump electrics issue.....

(I really miss working in a lab where we had access to basic scientific equipment.)