This is my method, gleaned from a marathon session of stripping and rebuilding last year and also as used by others on here:

Loosen rear wheel nuts, jack car and support on axle stands, with front wheels chocked. Not too high but high enough to allow diff, possibly on the jack platform, to come out under the de dion.

Select 1st gear, handbrake on and undo the 4 prop bolts. (If removing the prop, drain gearbox oil or have a tray to collect spill from tail shaft housing.)

Disconnect speed sensor and roll bar links from brackets both sides. Tape sensor to chassis out of harms way.

Remove the 2 bolts and the nuts on the other 2 bolts, on each side, that fasten the ear to the end of the de Dion. No need to loosen the two bolts in the ears that don’t go into the de Dion.

Remove the A frame. Note how many washers each side at front.

BMW, if removing carrier and diff together:

Remove cable ties and whatever arrangements holds the handbrake cable to the chassis bars. Push handbrake cable up from the two locating brackets just above diff; pull cable through on RH side till inner allows cable to come out of bracket on Side of diff carrier.

Jack up under diff, on jig.

BMW, if removing diff from carrier :

If removing diff without carrier, no need to mess around with handbrake cable, other than to disconnect from chassis for ease of access, the cable can then be moved about more easily, and remove the long bolt and short bolts holding the diff to the carrier.

Note: Removing the parcel shelf makes access and vision easier, you can look down and see things more clearly and even put a strap around diff to lower it with, if you wish. I actually removed the alloy shelf bar too. Carefully drill out the existing pop rivets

Replace propshaft if it has been removed.

Refit A Frame, with same number of washer each side at front as removed, check it’s central. Replace plastic ‘race’ washers on rear A Frame bolt, the old ones will be worn. They can be obtained from CC.

Replace drive shafts on each side, to correct torque, according to CC manual.

Replace bolts in propshaft, torque as per manual, threadlocker. Need to put handbrake on, 1st gear, whilst torquing prop, release and rotated 90 deg between each bolt.

Mark all refitted and torqued bolts with marker paint for visual check later.

Replace and pop rivet shelf bar; put wooden part of shelf in place whilst putting first two rivets in to make sure of location. Replace shelfs.

Note: Clean and inspect all components on removal, change nuts and bolts if in any doubt.

Thanks for the guide. That's how I was hoping to do it but was a bit worried by the mention of hub nuts. The new diff has come in a cage so will probably remove old diff with cage. I was thinking of removing the alloy shelf bar and packing it up a bit as it is in contact with the diff.

Re the shelf bar, I would fit the new diff in its bracket and then check if you still need to pack it up at all. I didn't and It shouldn't really need it but who knows?

In terms of the shelf bar and diff contact, the car configuration and variability between cars and specific models will determine if modifications need to be made. On my car the diff cover when delivered was the old design that didn't have the long bolt passing through the top of the cover. With the new cover that was re-designed to stop deDion to cover contact, the top of the cover was higher, causing contact between the fuel feed pipe that runs under the boot floor on my car and the top of the cover. 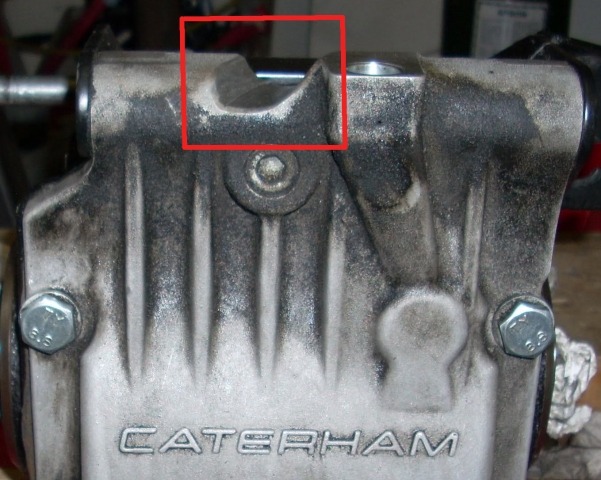 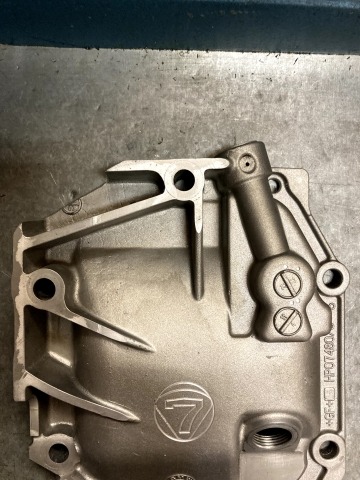 If one uses the hub assembly removal method then one should consider this:

When was the last time the rear hub bearings were inspected?

When was the last time the rear hub bearings were cleaned & re lubricated? Caterham recommend every four years.

What condition are the hub grease seals in?

The only way to answer any of these questions is to spend the extra half hour per side completely dismantling.

Think - after putting everything back together a rear bearing failed then the time saved on the job will have been wasted?

As I stated earlier I am a creature of habit trained a certain way so if the short cut suits you then go for it.

Of course if one goes the full dismantling route then there is the opportunity to upgrade to the sealed for life hub & bearing assembly......

And if they are how do you clean and regrease them?

I must say I’m surprised that you do these but don’t dismantle the shafts which have a much harder time of it and are unlikely to outlast the bearings.

I’m not saying that a thorough visual inspection of the shafts isn’t enough, that’s what I do, but I would put the bearings into that inspection too if there’s no noise, play or signs of leaking they’re unlikely to be unserviceable. Unless they were particularly old/high mileage of course.

Fitted these post diff refurb as my car is 2012 vintage with larger hub & double bearings that required re lub every four years as CC recommends.

The upgraded bearings are just that -'sealed for life' - fit & forget - no lub or cleaning required. Got to have at least a 15 -20 year life in an average mileage Seven. But like everything checking & listening has no substitute.

Ah, I didn’t know that. Have you a link to that page?

But not currently in stock - typical! Redline may have stock. Chris will assemble before dispatching.

A worthwhile substitute for the original two taper roller bearing set up in the older hub.

Where did you get the 2016 introduction date from?

What kind of bearing is that? Do you still have to tighten the hub nut to 270Nm?