Don't shoot me, I have seen Revilla's (extremely helpful) guide.  This is a slightly different scenario though and am interested if anyone has taken this approach.

Car currently has a 1.6 EU3 engine as fitted by Caterham

I pulled the engine and loom from a MGZR 160 a couple of years ago.

My intention was to fit the engine with loom so that the removed engine/loom could be stored and refitted at any time with no alterations required to the car.  I wanted it to be a simple bolt up and a couple of plugs job to swap back.

Laying the loom out this afternoon I couldn't figure out why I didn't seem to have any connectors for the MFRU.  A bit of research has shown that the ZR160 didn't have an MFRU and included the relevant relays in the fuse box.

I suppose my options are now:-

1) Modify current 1.6k loom to include VVC gubbins (Not ideal as can't switch back easily)

2) Modify current loom to be switchable between the two engines (clever bit in Revilla's guide on this) (Good option but leaves me swapping looms between engines).

C) Modify VVC loom from MGZR to include external relay holder(s) in place of the MFRU/relays in fuse box.  (preferred option).

Has anyone reading this done 'C'?  I suppose this has the added benefit of getting rid of the problematic MFRU.  I seem to recall the Caterham doesn't use all the relays in it anyway.

Also, can the wiring in the car to the 5AS unit stay the same?  It'd be nice if it just required me to swap the 5AS units at the same time as the engines if required.

I'm guessing this is a bit specific and nobody is likely to have done it this way but who knows?  Will update with a quick guide when I've sussed it if nobody knows...

Or D) make a new loom from scratch omitting all the superfluous wires!

I haven't been through the loom to see how much junk is actually in there. If the MFRU wiring is representative there must be a lot.  I might be a bit too lazy for option D. I will get rid of all the junk whilst I have the loom apart though. I can't see it ending up in anything other than a Caterham at this point.

Top
19th Nov 2020 - 18:32
#4
revilla
Online
Last seen: 50 sec ago
Joined: 17/04/2014
I've done loads (probably 20!) of conversions of MG ZR looms to Caterham looms. I've got a lot of documentation on what is already in the loom, what needs adding, suitable layout of the loom (I tend to strip all the cladding, clean everything, take out unused wires, add the new stuff in and you can arrange it a bit better to fit the the Caterham engine bay as you go). I've also got diagrams that show the MFRU simplified down to 2 or 3 relays (depending on whether you want the Main Relay option or not - I would, it reduces battery drainage). I would question the need to remove the MFRU but if course that's up to you. I honestly don't believe in the idea that they go high resistance, that the relays inside aren't up to the job etc. When people do the relay bypass they usually add new wiring straight from the battery to the relay and the starter, and in all the cases I've ever looked into it was the old wiring that was problematic, not the MFRU! Happy to throw up everything I've got in the web for you.

As you can see below, I've been converting these in batches of 5 or 6 at a time. Happy to talk about it or answer any questions if I can. 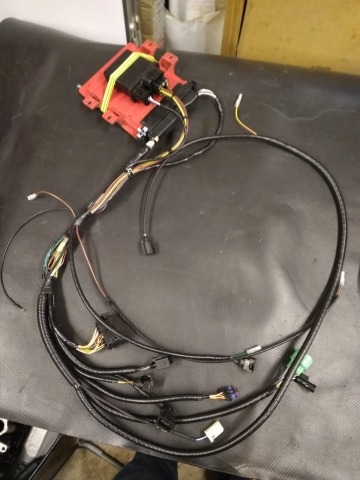 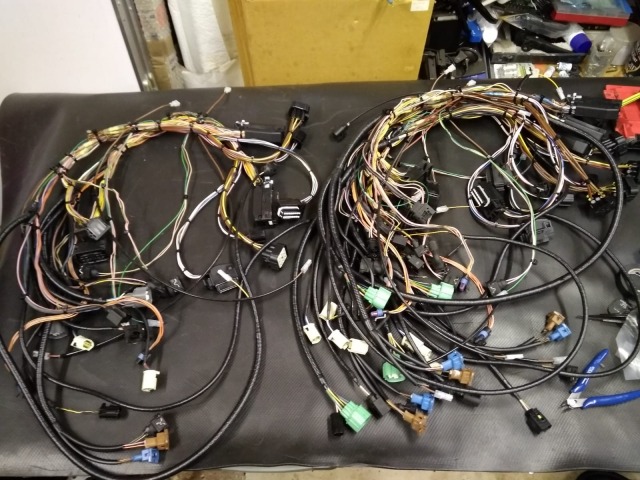 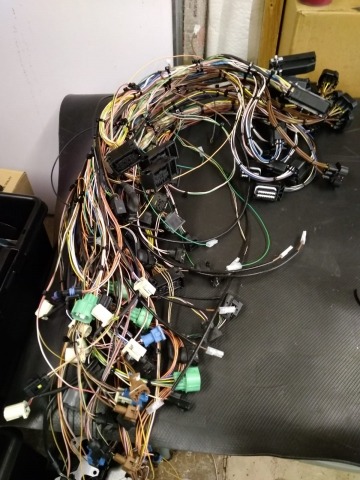 Thanks very much Andrew.  My intention to remove the MFRU isn't so much down to their perceived weakness.  The MGZR 160 loom doesn't have one.  I have a spare but don't have the loom side connectors.  It wouldn't be hard to go past the breakers and cut one out but at that point I may as well just add a relay and holder that serves the same purpose.

That looks like quite a production line you've got going there.  My workshop is looking less organised at the moment with a range of different engines sat waiting for attention.

If you want links to where to buy the MFRU loom-side connectors and terminals (the ones that come in the connector kits are usually only suitable for thinner wires) let me know,

@ revilla. Kind of a tangent on this but have you located the ecu connecter plug terminals? I want to replace a bit of my wiring as it’s had it and need some terminals from somewhere

They are widely available and a lot of places will have a huge range of choice of gold or tin plating, cut strip or loose etc. etc. but any Micro Timer II should be OK. Ones I have bought recently are:

Short video here if it helps showing the easy way to remove the terminals without damaging anything.

Thanks very much Andrew