By Anonymous 2nd Dec 2006 - 22:46
<h2>Silverstone 2006 &ndash; lunchtime parade lap</h2> <p> Will the kind chap in the very pretty spanking new CSR who gave Melissa Houston a lift in the lunchtime parade lap please step forward and make yourself known. Melissa was so excited by it all she didn&rsquo;t get your name and would like to drop you a note to thank you. Please contact Melissa on <a href="mailto:[email protected]">[email protected]</a>, </p> <p>and now for November's Contributions...</p>
read more 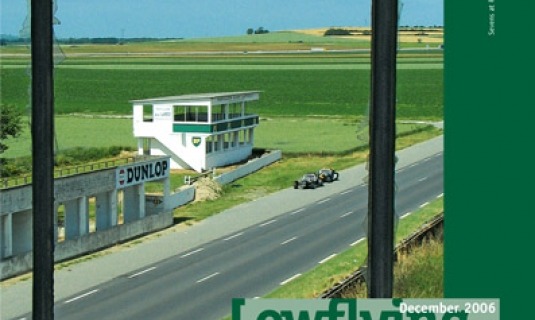 By Anonymous 1st Dec 2006 - 08:00
Photos and descriptions of the new Regalia items are now up on the Regalia page, all of which are now in stock (with the exception of the umbrella which won't be available until January). The order form has been updated, but careful at the moment it's a bit big at 4mb
read more

It is with regret and sadness that we record the passing of Gilbert 'Mac' McIntosh, one of the architects of the Lotus Seven, on 20th November 2006.  Mac was one of the small team that, with Colin Chapman, developed chassis based on calculations of stress rather than what looked right. 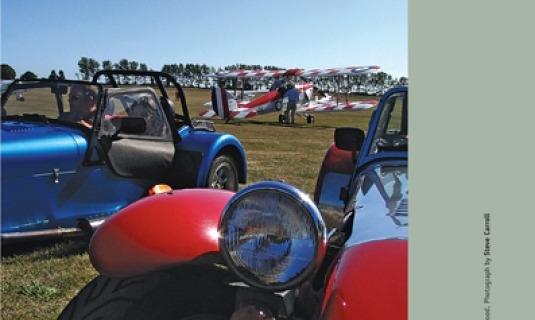 In this issue...
read more

By Anonymous 27th Oct 2006 - 12:50
<p>Dear All,</p> <p>Recently a dedion tube failed during an Academy race. The end plate sheared off from the main tube, resulting in a rear wheel becoming detached and consequently some damage to the car.</p>
read more

By Anonymous 21st Oct 2006 - 09:32
Next weekend Dowlis are moving their order processing over to a new system which will mean a slight delay to Regalia orders received during the changeover.
read more